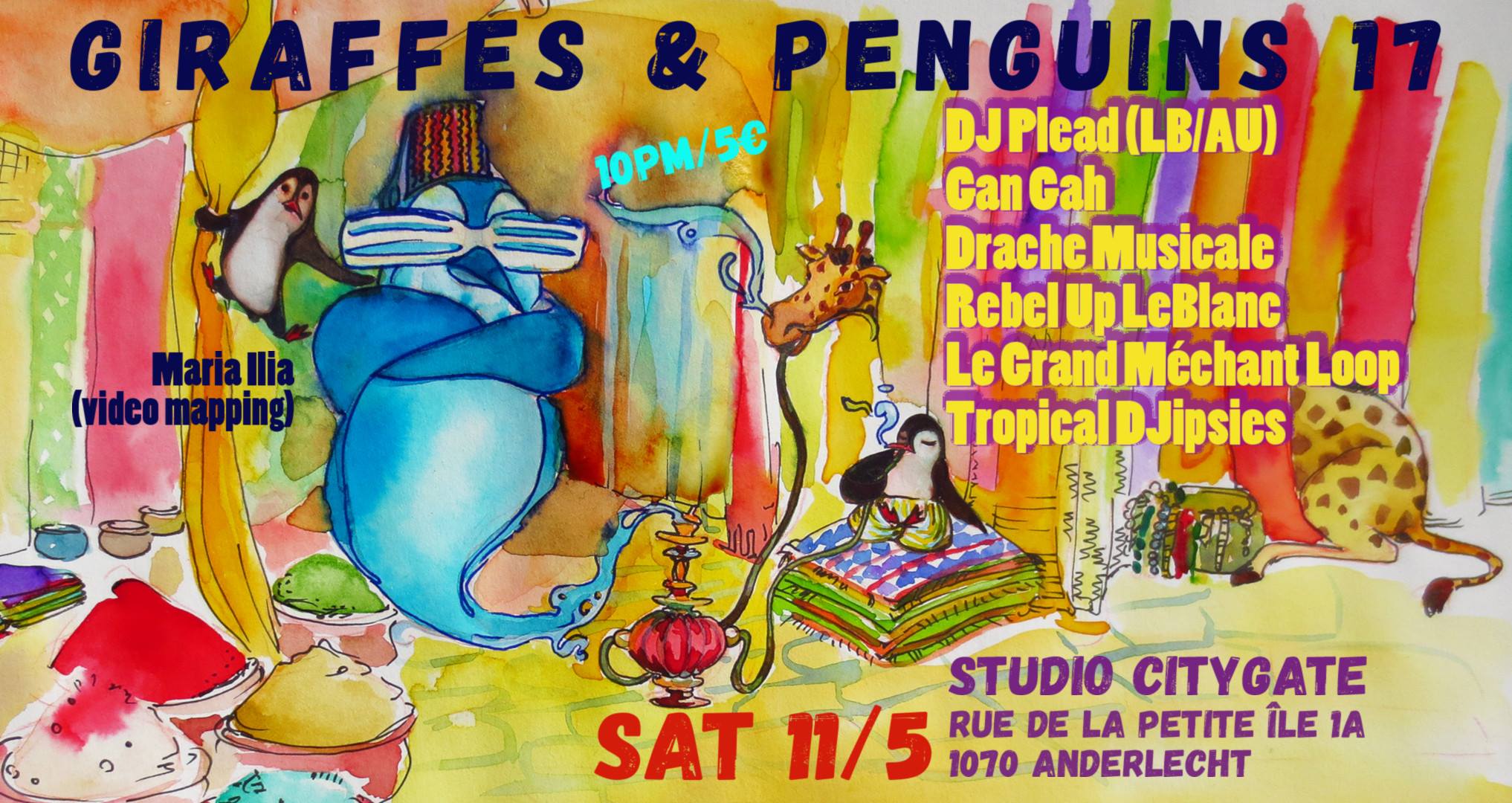 〰♀〰 DJ Plead (AU) 〰♀〰
DJ Plead is a Melbourne/Naarm based producer making unique club music. Drawing on his Lebanese background, he makes tough, functional, and percussive tracks. His unique style references the rhythms, scales and timbres of Lebanese pop and traditional Lebanese wedding music, blending them with contemporary RnB, Club and other dance styles. DJ Plead released his debut EP ‘Get in Circle’ through air max 97’s DECISIONS label in March 2018 and has since toured Europe and China. DJ Plead is also half of drum-workout duo Poison, a member of high-energy trio BV, and founder of the SUMAC label.
https://soundcloud.com/1djplead

〰♀〰 GAN GAH (MA/BE) 〰♀〰
Producer/DJ Gan Gah is set to cause a storm on the music scene with his melting pot fusion of electronic music and Arab and Berber folk music styles like chaabi, reggada, gnaoua and dabke. In 2015 he released an album dubbed ‘Souktronics.’ The following year was a big one for Gan Gah as he dropped two albums, ‘Moroccan Affair Remixed’ Featuring Jabo, and ‘Chaâbitronics.’ Gan Gah has performed at
Dour festival, Sfinks Mixed Festival and the infamous ADE (Amsterdam Dance Event). In February this year, he has released his 3rd EP 'Habibitronics' on Lowup Records.
https://soundcloud.com/gangahsnj
https://lowuprecords.bandcamp.com/album/habibitronics

〰♀〰 LeBlanc (Rebel Up) 〰♀〰
Brussels based DJ LeBlanc has been collecting and playing non western dance music for 15 years and teamed up with Sebcat in 2010 to further develop the mission of Rebel Up!, throwing eclectic dj sets, mixtapes and parties, exploring Latin American, African, Asian and Arabic traditional and electronic dance music. At Recyclart, he was resident dj and coprogrammer of the legendary Nightshop Parties from 2009-2014.
https://www.mixcloud.com/TSC/
http://soundcloud.com/darcyrandleblanc
https://www.mixcloud.com/Rebel_Uppa/

〰♀〰 Le Grand Méchant Loop 〰♀〰
“I prefer to make the little pigs dance rather than eat them!”
Philippe Nullens aka Le Grand Méchant Loop is a global underground DJ and percussionist based in Brussels. He shares his passion for global music through the Giraffes & Penguins events that he has been organizing since 2017. As a DJ, he loves to do eclectic and surprising DJ sets and to spice them up with live percussion!
https://www.facebook.com/LeGrandMechantLoop/videos/808811612834681/
https://www.mixcloud.com/LeGrandMechantLoop/

〰♀〰 Tropical DJipsies〰♀〰
The Tropical DJipsies are las chicas of Giraffes & Penguins - the Bulgarian, the Greek and the Portuguese that are always busy at the entrance, at the video mapping, on the dancefloor and with the cleaning ;-) Passionate about music, life, world and love, these party animals will kick off the party with a warm-up set that will take you through traditional and contemporary sounds from the four corners of the globe! Get ready for oriental-gypsy-balkan-afro belly button shaking vibes!

〰♀〰 Maria Ilia (video mapping) 〰♀〰
Maria is a Brussels-based freelance architect and visual artist.
Her experience in architecture came together with her passion for visuals to develop sophisticated and colorful video mapping on handmade structures for events and festivals. Over the last year she's been a close and frequent collaborators of both Giraffes & Penguins and Global Hybrid Records.
https://www.maria-ilia.com/videomapping