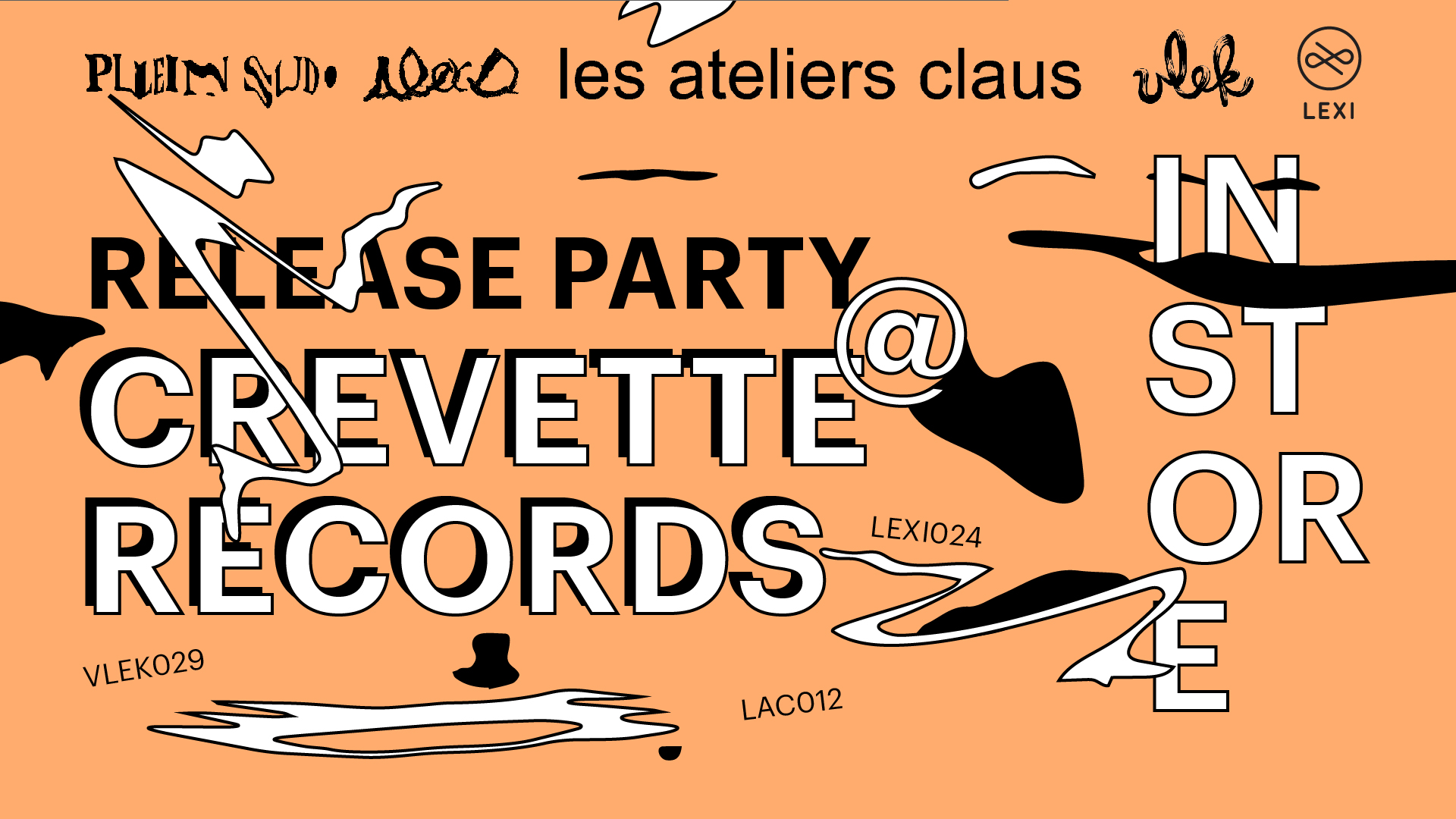 Fiesta en el vacio (b) Long awaited debut single by young french-argentinian Luna Cedron. Having a rich musical background from flamenco to trap, from french punk to underground club sounds, Fiesta en el Vacio is developing a strange world of her own, dark, fragile and poetic. The present record is bathed in organ-like synth and spanish singing, very tense on A-side (walking too fast on an empty dark street) and almost numb on the B-side (lost in an unknown bright garden with no way out).

Enfant terrible of synth-punk, Christophe Clébard exiled from his native Italy, survives on Belgian territory. David (his real name) has a bleeding heart. He sings about love, breakup and sad parties with the help of an obsolete synthesizer. In fact, love is the only battle he loses, yet he attacks with ardor and reverberation, using an exhilarating rhythm to combat depression. Songs with evocative titles like "the memories of your hands" leaves no room for interpretation. The confrontation is intense. It sizzles, saturates and reveals a nuance of sentimental states passing through the neurotic trance with the piece "The black eyes", the collapse all in poetry with "Chez toi" and electro-psychosis with the surprising "t’inquiète pas ". The melodies hit us like a crowbar and have the flavor of the break at dawn in a port. The smell of the garbage truck at 6am when you meet your ex - well accompanied - while you have a warm beer and a dirty frock as a single escort. In concert, Christophe Clébard grabs his audience, in brief, with a touch that can evoke the top10 of our most beautiful crises of anxiety. A unique experience that revives all senses.

We fell in love with their album on Trilogy Tapes and after a coincidental (or not) meeting in Brussels, our 29th release and first ever live album slowly took shape. Recorded in the mythical London Cafe OTO in 2016, the outfit of Julie Normal and Olivier Demeaux explores a beautiful path of arrhythmic music, subaquatic sounds and celestial zones.