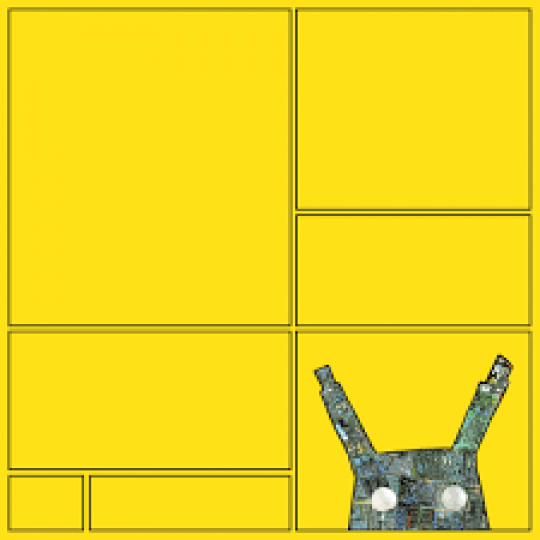 Named for a Welsh word describing the historic region between southern Scotland and northern England, the band has grown from the locus of Davies on harp (++) and Dawson on guitar (++) to incorporate Dawn Bothwell and Sally Pilkington on vocals and multiple instruments - most curiously credited with Red Witch Violetta, Pipa Del’ochio, Mooer Green Mile, Hott’s Rombah, among others, between them.

If you copped either of Hen Ogledd’s first two LPs, logic would dictate that this one was always going to be a bit mad, but hardly anyone could have predicted where they’re going with ‘Mogic’, as the band’s combined, contemporary rationale and arcane urges fulminate a persistently unpredictable sound that ties up influence from all corners - vacillating hot-stepping post punk with plaintive folksong, rubbery primordial techno and lysergic indie-pop.

Francis Plagne is a musician from Melbourne whose work combines songwriting with a variety of other approaches, includinggroup improvisation, instrumental abstraction and domestic musique concrète. He has released recordings on Albert's Basement, Breakdance the Dawn, Lost and Lonesome, Kye Records and his own Mould Museum label, among others.

He will be accompanied by long-time collaborator James Rushford (known for his work with artists such as Joe Talia, crys cole, Will Guthrie, Oren Ambarchi, and Klaus Lang) on keyboards and medieval-style portative organ. Together they will dip into some material from Plagne's recent and forthcoming releases,  songs that deliver hints of melodic satisfaction between rambling instrumental interludes, ambiguous tape interjections and the wheezing breaths of strangled organ pipes.