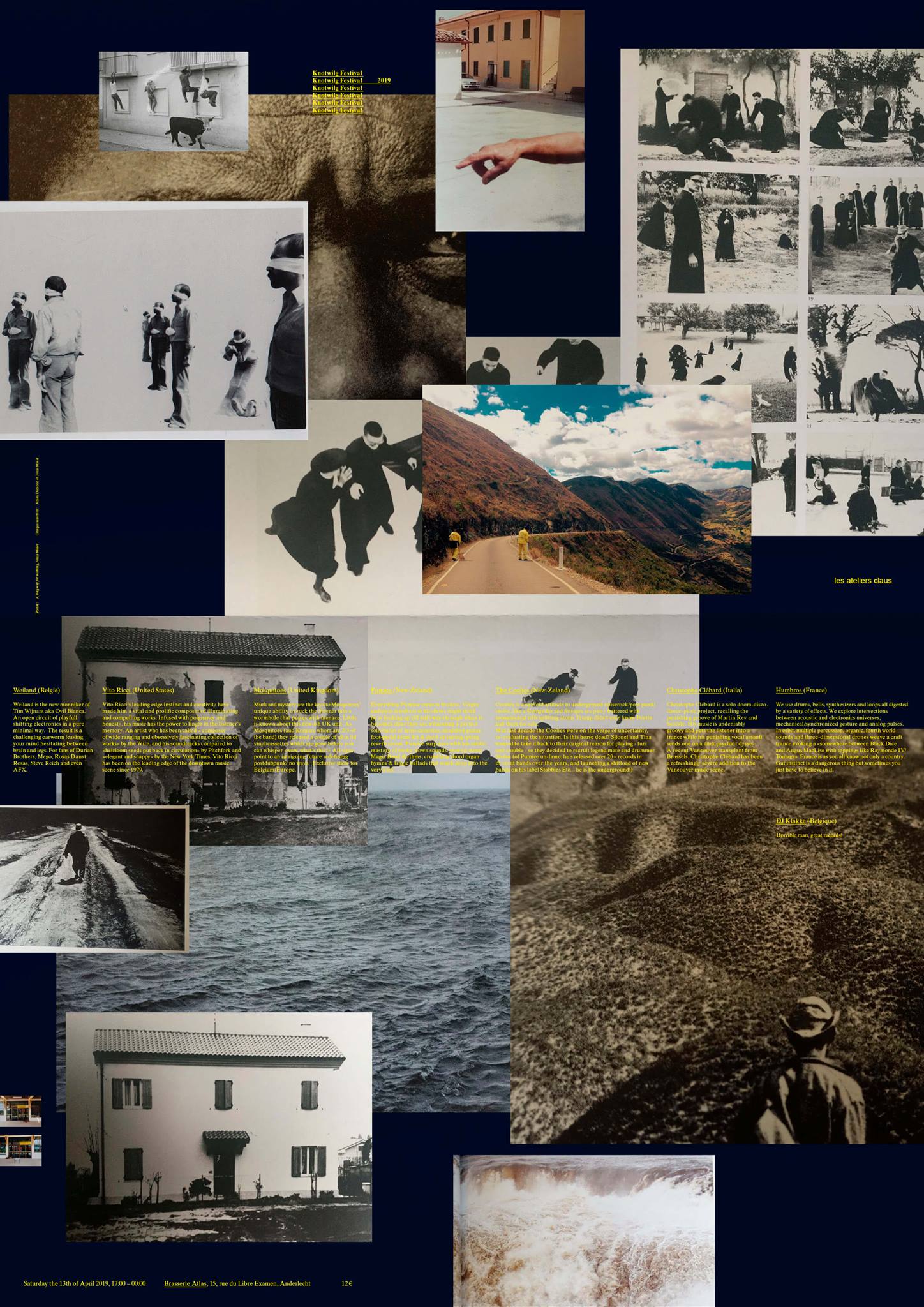 musical celebration around the Knotwilg label.

Vito Ricci's leading edge instinct and creativity have made him a vital and prolific composer of illuminating and compelling works. Infused with poignancy and honesty, his music has the power to linger in the listener's memory. An artist who has been called " composer of wide ranging and obsessively fascinating collection of works" by the Wire, and his soundtracks compared to "heirloom seeds put back in circulation" by Pitchfork and "elegant and snappy" by the New York Times. Vito Ricci has been on the leading edge of the downtown music scene since 1979.

Murk and mystery are the keys to Mosquitoes’ unique ability to suck the listener into a wormhole that pulses with menace. Little is known about this new-ish UK unit, but all signs point to an intriguing future.  Pumice (nz)

Coolie is a new/old attitude to underground noise/post punk/oioioi, like a Shangrilas and Crass tea party.

Mid last decade the Coolies were on the verge of uncertainty, re-evaluating the situation. Is this horse dead? Sjionel and Tina wanted to take it back to their original reason for playing - fun and trouble - so they decided to recruit legend mate and drummer Stefan (of Pumice un-fame: he’s released over 20+ records in diﬀerent bands over the years, he is the underground!)

Christophe Clébard is a solo doom-disco-dance-punk project, recalling the punishing groove of Martin Rev and Suicide. His music is undeniably groovy and puts the listener into a trance while his punishing vocal assault sends one on a dark psychic odyssey. A recent Vancouver transplant from Brussels, Christophe Clébard has been a refreshingly severe addition to the Vancouver music scene.