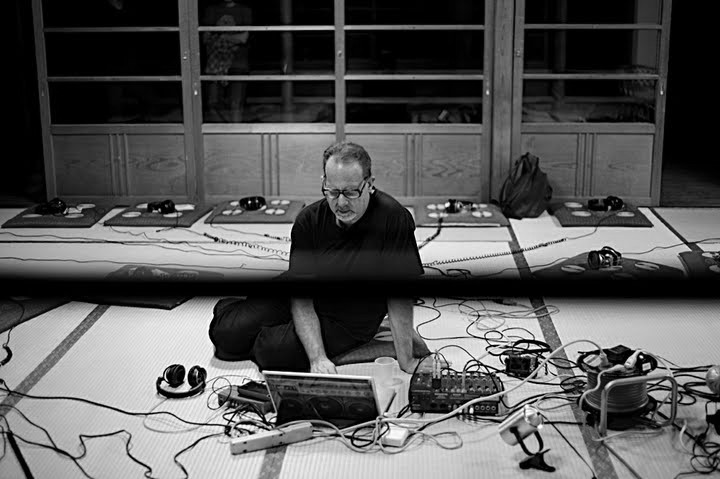 Carl Stone is one of the pioneers of live computer music, and has been hailed by the Village Voice as “the king of sampling.” and “one of the best composers living in (the USA) today.” He has used computers in live performance since 1986. Stone was born in Los Angeles and now divides his time between Los Angeles and Japan. He studied composition at the California Institute of the Arts with Morton Subotnick and James Tenney and has composed electro-acoustic music almost exclusively since 1972. His works have been performed in the U.S., Canada, Europe, Asia, Australia, South America and the Near East. In addition to his schedule of performance, composition and touring, he is on the faculty of the Department of Media Engineering at Chukyo University in Japan. Stijn Demeulenaere is a sound-artist, a radio maker and searching musician. He holds degrees in sociology, cultural studies and studied radio at the RITS school of arts. Stijn was the curator and producer of the free form radio show ‘Radio Eliot’ on Radio Scorpio. He worked as an editor for Jan Fabre and worked as a journalist for the Belgian public radio stations Klara and Radio 1 and for the independent radio station Radio K Centrale in Bologna, Italy. He was a founding member of the improvisation collective Karen Eliot.