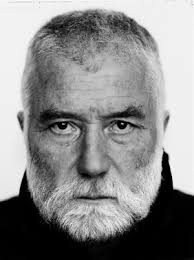 Peter Brötzmann is a German artist and free jazz saxophonist and clarinetist.
Brötzmann is among the most important European free jazz musicians. His rough timbre is easily recognized on his many recordings.
Steve Noble is a key figure on the UK improv scene, having played with everyone from Derek Bailey to Wadada Leo Smith, via Peter Brötzmann and Keiji Haino. A masterful force on drums, Noble has developed a unique style that is both muscular and elegant, pushing the boundaries of jazz and rock drumming while simultaneously bringing them together

Stahlmus Delegation is a new band (Feb 2009) consisting of  Teun Verbruggen and Jean D.L. Little is known at the moment, but it is described as being 'Dutch sung free-exotica'.