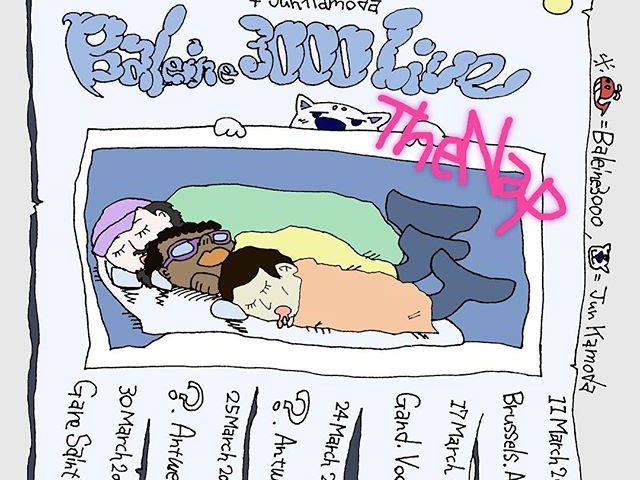 Baleine 3000 • Radio Marathon Special. 1 evening, 4 musicians, 2 radio stations. •••••• Despite a discography that has only seen an EP and a compilation on Sonig, the sound that unorthodox rap trio Baleine 3000 has engendered is entirely unplaceable. One look at their impossibly eclectic roster—which brings together Japanese MC Illreme, Belgian producer Lawrence Le Doux, and French DJ Afrojaws—will shed some light on how this comes about. As they explain, the cross-continental relationship came about by change after Le Doux stumbled upon Jun Kamoda's Illreme project when looking for a Japanese rapper in the late 2000s. Years later, Afrojaws joins the fold to compile seven tracks on The Nap, their latest offering. •••• seen on TV.