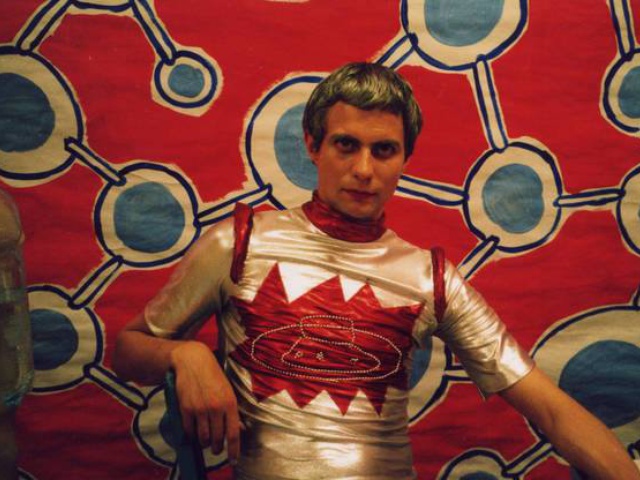 Radio Panik live with some interviews and live music.

Kicking of are our Dutch ice-cold friends of COOLHAVEN (NL). Coolhaven is a flexible group that flows in a realistic-capitalistic manner if needed and dries up where fluid is redundant. _since about 1999 coolhaven is engaged in all sorts of disciplines: performances, films, rock music, radio plays, theater, and dry hermetic art. /
Coolhaven is Hajo Doorn, Lukas Simonis and Peter Fengler

CIRCLE (FIN): their eclectic style is "ever changing, ever Circular", classified into genres such as progressive, Krautrock, ambient, heavy metal, speed-kraut, and avant-rock, among others. On some albums they have defined themselves as New Wave of Finnish Heavy Metal

FELIX KUBIN (GER) is coming to bring you a set w/ guest star MARK BOOMBASTIK (GER).
1
Felix Kubin is one of electronic music’s most dynamic and versatile performers. A lovechild of the home recording era, his activities include futuristic pop, radio plays (Hörspiele), electroacoustic music, and works for chamber orchestra. Kubin’s music is saturated with enthusiasm for disharmonic pop, industrial noise, and 20th-century avant-garde music.

3
Born in Hamburg from the spark of a meteor, this multi-instrumentalist found his musical focus when he got his hands on a Korg synthesizer in the early 1980s. Since then he has become a prolific composer, producer and performer, working across the fields of theatre, animation, film, radio art and electronic music, much of it containing his dark humour and manic-retro perspective on the surreal mindstates that developed behind the Iron Curtain during the Cold War.

From Lisboa with love