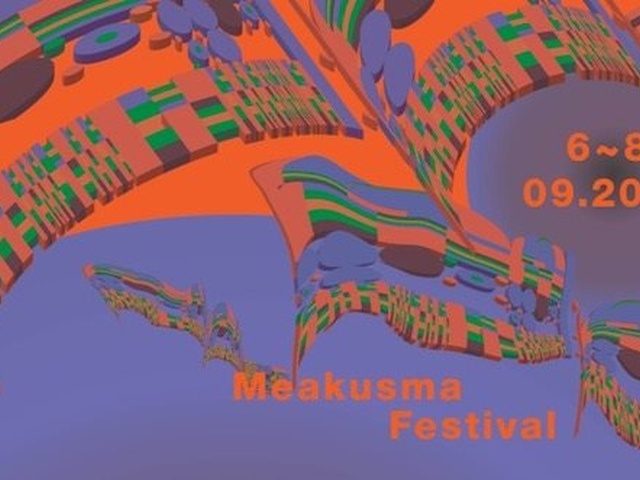 ”The primitiveness in my music is linked to something simple, and that doesn’t have to be obligatory minimal. For me it is enough to dance rough around the core. Music you don’t shape till the end contains of a moment of beauty. A veil of secrecy. I work very simply. I rather reduce my possibilities in compass. Limitations offer lots of liberties” Tolouse Low Trax aka Detlef Weinrich’s ethic branches off in his multiple releases on labels as Idle Press, Infiné, Karaoke Kalk, Kunstkopf, Neubau, Themes For Great Cities, Antitote or Cómeme. The German producer isn’t a newcomer of the scene for sure: still an active member of Kreidler, he is the man behind Dusseldorf’s infamous Salon des Amateurs. His productions as Tolouse Low Trax explore Afro-Baroque elegance through obscure arpeggios, slow release hypnosis turns genres’ into blurry scenarios in which you easily lose yourself and when you want to go back, it’s too late. “Well recommended for the freaks”.

Viktoria is by now known in some circles as the frontman of the duo Toresch (alongside Tolouse Low Trax & Jan Wagner). Under the name Toresch They have released 2 critically acclaimed records on Vladimir Ivkovic’s label Offen which brought forward the fusion between TLT’s abstract raw, industrial yet sexy beats and Viktoria’s dadaist vocals. In Her debut solo LP under the alias of Decha, Viktoria presents 9 songs, more personal, and more abstract (yet always playful) approach to her art then heard on the Toresch records. Hielo Boca is a record that is both enchanting in its minimalism and yet still manages to pour out Viktoria’s exploding creativity, each song in its own way.

Céline Gillain is a musician, video and performance artist living in Brussels. Her work is a hybrid of corrupted pop songs, feminist sci-fi, story telling and dark humour. After a debut single on mutant pop 7-inch imprint Lexi Disques, her debut LP ‘Bad Woman’ was released on Drama, a sub-label of Zaltan’s Antinote Records, in December 2018.

RESIDENT ADVISOR “She strips down pop components, discards most of them, and recombines what’s left at unusual angles—a hard blip of percussion here, a stab of melody there, haunting spoken word woven through it all”

Brussels-based record label Lexi Disques occupies an often-overlooked but crucial role in the world of independent music, one that exists at the crossroads of experimental and pop music. Founded in 2008 by Catherine Plenevaux, a deft curatorial ability coupled with an unwavering belief in the creative possibilities of the 7” have, in time, contributed towards making of the soft-spoken imprint something of an unsung hero for the Belgian underground.

2018 release of her second album ‘I Started Wearing Black’ “is a striking album.” Fluid Radio UK

“All the more reason to admire an already righteous artist.” The Wire

Ralf Köster, booker for the Golden Pudel club in Hamburg and the man behind the MFOC nights there. Complaints are his biggest compliments.