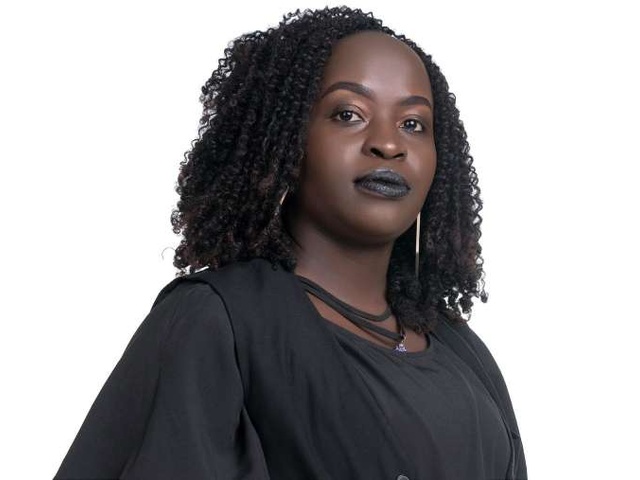 “I chose the expressive freedom of poetry as an arena for political action”. This Ugandan vocal performer and activist uses poetry and its oral invocation to discuss the hypersexualisation and fetishisation of the African woman’s body, gender inequality in poetic art, ostracised single mothers and the cultural damage created by colonialism.
Atlas of Transitions Biennale and Afro Women Poetry invited Carolyne Afroetry to compose a poem while thinking of a group of people with different origins, residing in Bologna, who would give voice to her words in a public action.
Carolyne’s voice, performing her poem, becomes the heart of a score transformed into a song by composer and singer Meike Clarelli and Davide Fasulo, members of Collettivo Amiddala.

Carolyne Afroetry is an Ugandan poet and activist, she promotes the activities of Echo Mind Poets, a group of female poets dedicated to narrating female universes onstage. Her works have been published in many specialised periodicals, and her poetic performances have been presented in prestigious African contexts, including: Femrite-Uganda Women Writers’ Association, Afro-Poetry Goethe Zentrum (Kampala), Evoke Midnight Drum Kwivuga, Tontoma Women’s Day Poetry, Poetry over Bigotry, Mbale. In 2017, she was chosen for the Haiku Africa Competition, and in 2018 for the East Africa Poetic Hour Competition in Kisumu (Kenya). She is currently working on her first anthology of poems.
AfroWomenPoetry is a project founded and directed by journalist Antonella Sinopoli, aimed at encouraging and promoting the internationalisation of female poetry in countries in Sub-Saharan Africa. Over the years, AWP, supported by the editor Voci Globali, has published over 133 works in verse by 43 poets, slameuses and spoken word artists from Ghana, Togo, Costa d’Avorio and Uganda, and is currently spreading to other countries in this continent. https://afrowomenpoetry.net/it/
Meike Clarelli is a musician, composer and female choir conductor. After studying at the University of Contemporary Music and Jazz at the “Frescobaldi” Conservatory in Ferrara, she studied singing and vocal pedagogy with Imke McMurtrie, psychophony with Elisa Benassi, Sufi song with Alev Naqiba Kowalzik and Chinese music with Maestro Wong. Since 2004, she has taught in various cities with the study method she conceived, “sensitive singing”. In 2008, she founded the migrant women’s choir Le Chemin des Femmes in Modena, and later Le Core voci indisciplinate in Bologna. Since 2011 she has been singer and author for La Metralli, winner of the 2012 Premio Ciampi 2012 and the 2014 Tenco 2014 prize for the best singer-songwriter composition. She is a singer and composer for the electronic project Dueventi. Since 2018, she has been collaborating with visual artist Claudia Losi in vocal performances and recordings. Since 2013, she has been part of the Collettivo Amigdala, with which she creates performance projects with choral vocal techniques.
Davide Fasulo is a musician, composer and conductor of instrumental and vocal ensembles. He collaborates with many artists and groups, including Oscar De Summa, Ivano Marescotti, Francesca Grilli, Teatrino Giullare, Teatro dei Gatti, Teatro Sotterraneo, bringing his compositions to the stage. Collaborating with Meike Clarelli, he has composed and made arrangements for the choirs Le Chemin des Femmes, Le Mondine di Novi, Le Core and the vocal performances Elementare and Being There for the Collettivo Amigdala. He is involved as a composer and musician in various independent projects, including La Metralli and Dueventi. For years he has held workshops at the Museum of Music in Bologna, the REMS Hospital in Bologna, the Scuola Popolare di Musica Ivan Illich and various local high schools.
For further details:
http://www.atlasoftransitions.eu/indepth/women-poetry-revealing-unspoken-struggles/