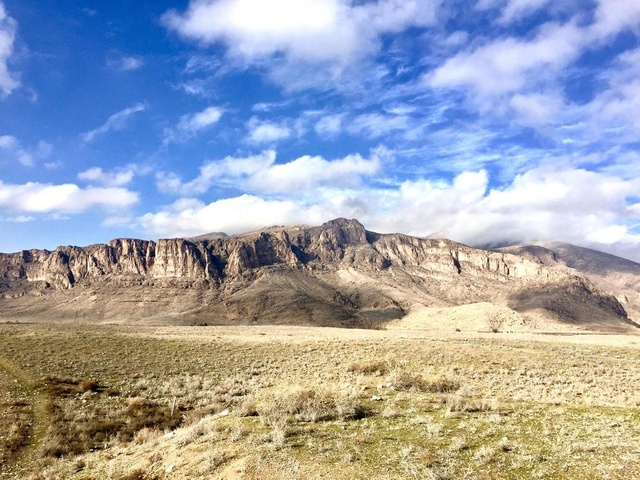 This piece is a sound travelogue of a couple of weeks I spent visiting Iran between 4th and 15th Dey 1397(25th December 2018 and 5th January 2019). It's a mixture of field recordings made during my time there and other, more 'musical' elements. It was made simply to play to friends as a sort of sound postcard of my time in Iran.

1.  Since it was a holiday and not a work trip, most of the recordings I made were done on my phone whenever I heard something I found interesting, although I did manage to do some slightly better-quality recordings with a Zoom H5 recorder at the spring next to the Palace of Ardeshir Pāpakan.

There is a film that goes with the piece at:
https://www.youtube.com/watch?v=-Md8tIrjO8M&feature=youtu.be
The film is taken from the train window on the four-hour journey through the desert from Esfahan to Yazd.

You can hear the whole piece here:
https://soundcloud.com/jamie-mccarthy-1/seir-iranian-journey-cerfilic

I was born in England in 1963 of working-class Irish parents. My earliest musical experiences were the soul and pop music my three sisters played around the house, along with the Irish traditional music that my parents loved to listen to and which I learned to play both from records and from hanging around in pubs in Co. Clare in Ireland when I was way too young to be really be allowed to.

After being in a couple of bands as a teenager, in 1983 I went to study music at Leicester Polytechnic. My teachers included the head of department, the composer  Gavin Bryars with whom I studied composition and whose ensemble I later played with.

I wrote my undergraduate dissertation about the music of Estonian composer Arvo Pärt at a time when he was not so well known in the West, in the process of which I spent some time with Pärt in Berlin. While there I conducted an  interview with him which was, over the course of several decades, published in London, New York, Moscow and Budapest.

I’ve since worked as a musician, composer, improviser and teacher, focusing often on cross-artform work, most often with dance and became Head of Music at London Contemporary Dance School in the early 2000’s (where I currently still work as a freelancer).

For eight years I toured as a violinist with the Canadian Queer band  The Hidden Cameras  and I produce my ‘symphonic drone music’  under the name  CERFILIC.