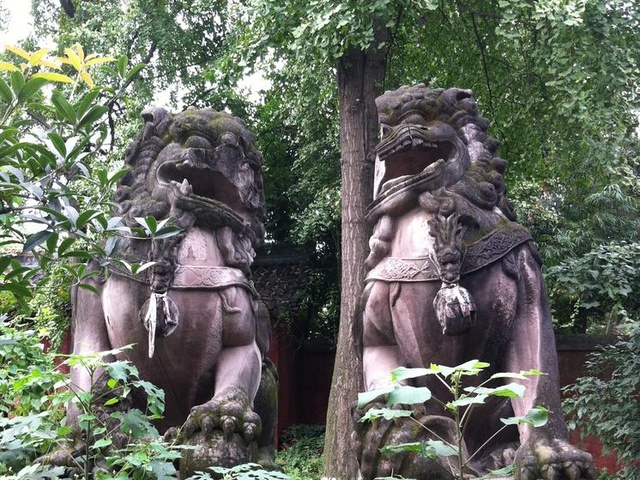 My contribution is a composition based on recordings from Chengdu,China a city located in south-west of the country, not far from Tibet and Yunann.
This city is in the  Sichuan region, and has a lot of cultural specificities, like the game Mah Jong, the spicy food …The recording was made in a temple where Tibetan monks gathers to practice the sutras(there is quite a big tibetan community in the city). There is also a bunch of lay peole chanting the sutra along with the monks.
As my work is divided in 3 parts  : raw field recordings(seldom), field recordings based compositions (this one), and electroacoustic music.
The other sound is made using granular synthesis .

Paris-born composer, he studied sound engineering in a film school and musique concrète at the famous GRM (Groupe de recherches musicales). He has also studied ethnic instruments and played Javanese gamelan in Paris for two years.

Since his childhood, Mieville has been constantly listening to creative radio programs, something that has fueled his approach to experimental music and field recording based composition. He has produced many programs for french national radios (France-culture and France-Musique), such as a work for shakuhachi, voice and electronics. He is also regular contributor to Framework, the field recording show Patrick McKinley produces for Resonance FM, in London, and worldwide on internet, since 2002.

His interest in aural perception and sonic events , frequencies hidden or engraved in urban and wildlife environments yield compositions where field recordings are layered, mixed and sometimes manipulated through digital effects. His goal is to portray a specific location, to let its blurred and erratic sonic emotions reach the listener’s ears, to perform and compose the “concrete” substance of it for the listener’s benefit.He has recently attended the workshop on field recording in the Pyrenées mountains by Chris Watson, with his concept of the dawn recording , unveiling the birds and animals awakening  after night has vanished.

He has has worked with Buto dancers and video artists. He also improvises with fellow musicians like Eric Cordier, Guido Huebner, Benjamin Thigpen, Sun Wei , Adrian Sierra Garcia, for special open air performance on a bridge in Paris(see video sreenshots). His electroacoustic works have been presented in festivals by Motus and Licences-Brûlures des langues (France), Confluencias (Spain), and final selection in  Udine Composition Competition in Italy. He has performed concerts and improvised with musicians in Malaysia, Hong Kong, China,Taiwan, France, and Germany. He also performs other people’s music, like the music of K.H. Stockhausen with the innovative laptop ensemble CLSI. He has released music on the labels Tibprod (with Töre H.Boe), XingWu, Taalem, and/oar,  Lona Records, Baskaru (2 full length albums), and Obs.