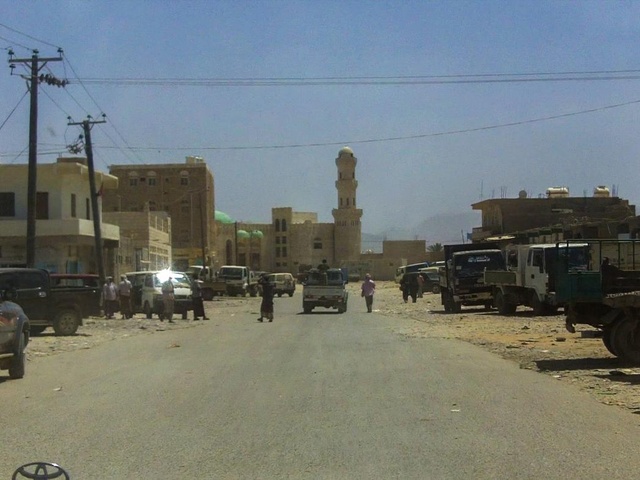 ~~~~~~~~~~~~~
Socotra Archipelago lies in the Arabian Sea, some 380km southeast of mainland Yemen. Even in 2013, when I visited the archipelago to collect field recordings, Socotra felt like an elusive destination. But the ensuing years have made it even more so. Air travel to Socotra was never a simple matter, but flights to the main island have gone from spotty to nonexistent and back again, due to the civil war raging on the mainland. In June of 2020, it was alleged that a "full-fledged coup" had transpired, led by a separatist group with ties to the UAE. The site of this recording was once a relatively peaceful city center whose main sonic feature was the non-stop grind of generators. It has since become, by some reports, an open conflict zone, plagued intermittently by shelling and armed skirmishes. By the time this recording is published, the situation in Socotra may change again, in one direction or another. But for now, "Perpetual Dawn" will serve as a reminder of the possibility for peace and stability in a gorgeous but historically contested land.

Myke Dodge Weiskopf (www.myke.me) is an award-winning radio producer, field recordist, and songwriter/musician based in Los Angeles. He  works as the Senior Producer in the Music Department at KCRW (kcrw.com). He's traveled around the world to capture sonic landmarks and soundprints, including projects in Bulgaria, Mali, UAE, and Socotra. From 2005-2013, he ran ShortWaveMusic, a global sound series which aimed to document the sounds of regional and international broadcasting around the world. His sound-art work has included commissions, live performances, and broadcast compositions for Earlid (USA), Radio Revolten (Halle, Germany), Museo Reina Sofía (Madrid), Tritriangle (Chicago), Radius (Chicago), framework radio (Estonia), SNYK (Copenhagen), and DUBBELRADIO (Farsta, Sweden). He also writes and records music as Science Park.