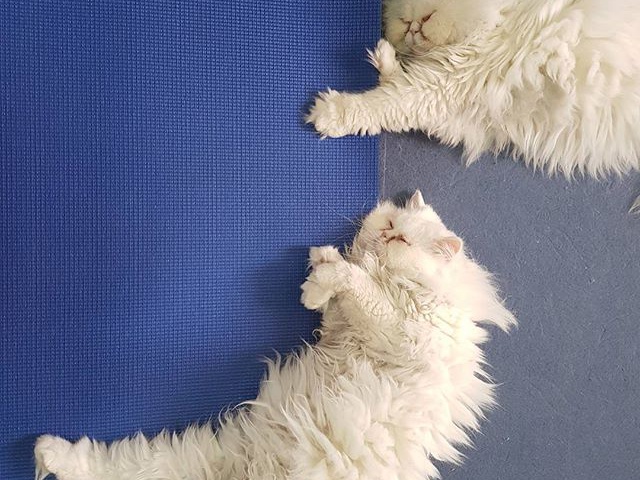 Born Ashkan Kooshanejad in Tehran, Iran in 1985, Ash Koosha is an electronic musician and soundtrack composer whose work explores themes of synesthesia and virtual reality. His fluid, collage-like soundscapes are based on computer-generated sonic fractal patterns, incorporating altered voices as well as non-musical sounds like car engines and shattering glass. As heady and discordant as this sounds, his sound constructions are intriguing and accessible rather than harsh and punishing.

Koosha grew up in Tehran and Frankfurt, Germany, absorbing as much music as he could get his hands on. He studied classical music at the Tehran Conservatory of Music, but was more interested in music technology and granular synthesis, and began creating computer music. He was also interested in rock music and played bass in a band called Font, although that group came to an end when police raided one of their gigs by helicopter, arresting all of the bandmembers. Koosha then formed an indie rock duo called Take It Easy Hospital with singer/songwriter Negar Shaghaghi. After building up a following online and playing successful gigs in the U.K., the duo starred in No One Knows About Persian Cats, a movie based on the Iranian music scene. The film's soundtrack contained songs by Take It Easy Hospital as well as Koosha solo, in addition to other Iranian artists and bands such as Mahdyar Aghajani and the Yellow Dogs. The film received worldwide critical praise, winning the Special Jury Prize at the 2009 Cannes Film Festival, but Iran's destructive climate following the 2009 elections made it impossible for Koosha and Shaghaghi to continue living there; they sought asylum in the U.K., where they were touring at the time.

Based in London, Koosha began devoting more time to computer music experiments as well as composing soundtracks for Iranian films (which he delivered online rather than returning to Iran to work on them). After years of experimenting, he began uploading his electronic music to the internet in 2015. Initially a self-released album, his debut solo full-length GUUD was picked up by Olde English Spelling Bee and immediately garnered acclaim, earning nods from Pitchfork and The Guardian and eventually placing in FACT's Top 50 Albums of the Year list. Koosha was then signed by Ninja Tune, who released his virtual reality-themed sophomore album I AKA I in 2016. Koosha also produced, directed, scored, and co-wrote his first feature film, Fermata, starring Shaghaghi as well as Will Firth.