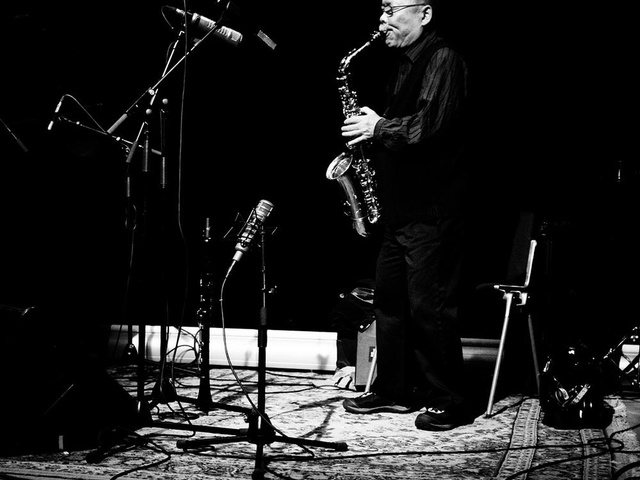 Tonight an interview with Akira Sakata from the legendary "Wha ha ha", "Sakata Trio", "Sakata Orchestra", "Sakata-Sextet", "Sakata Akira & his Da-Da-Da Orchestra", "MITOCHONDRIA" and "HARPACTICOIDA". He will talk of how he came into music and planktonlogy, Chris Cutler, Bill Laswell, Jim O'Rourke, Mats Gustafsson, Peter Brötzmann, Evan Parker, Merzbow, Charles Hayward and many things.  There will be also some music of the live concert with Giovanni Di Domenico at les ateliers claus 20151002

In 1980 he formed "Wha ha ha" and his own trio "Sakata Trio". The following year, "Sakata Trio" toured throughout Europe. In November 1981, Sakata performed in Berlin Jazz Festival with newly formed "Sakata Orchestra", which was extremely well received.

In the beginning of 1982, he formed another group "Sakata-Sextet", since then, he embarks on his experimental adventure, repeated assemble and disassemble of groups in several formats. To name , "Sakata Akira & his Da-Da-Da Orchestra", "MITOCHONDRIA" and "HARPACTICOIDA".

In 1996, he carried out a tour to Central Asia with "Flying Mijinko Band", a collaborative project with Bill Laswell.That band including American, African, Japanese and Indonesian toured around china, Uzbekistan ,Mongoria and inner Mongoria. W.CD "Flying Mijinko Band central Asian tour(JF-CD0001-2)* not for sale
http://www.jpf.go.jp/

In 2004, started own production label "Daphnia", released self-produced album "Dodeshou?" (means "how is it?") and started to work with Jim O'Rourke in various projects.

In 2007, acceded to a visiting professor of Tokyo University of Pharmacy and Life Sciences.
He released new CD "Friendly Pants" by "Chikamorachi" by Akira Sakata, Darin Gray, Chris Corsano.

In 2013 CD "iruman" with Giovanni De Domenico(Mbari musica 2013), Performed in Molde Jazz festival with Johan Berthling and Paal Nilssen-Love. Performed in AL'ARM festival in Berlin with Michiyo Yagi and Tamaya Honda. And performed in "Blow Out festival" with Vilde and Inga.
Acceded to visiting prof. graduate school of biosphere science Hiroshima University.

-LP "In A Bubble live at Hide Out, Chicago" (Press Pop 2011)
http://www.presspop.com
music@presspop.com 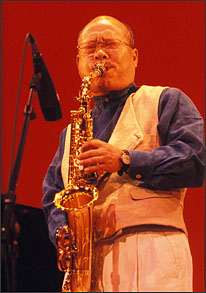