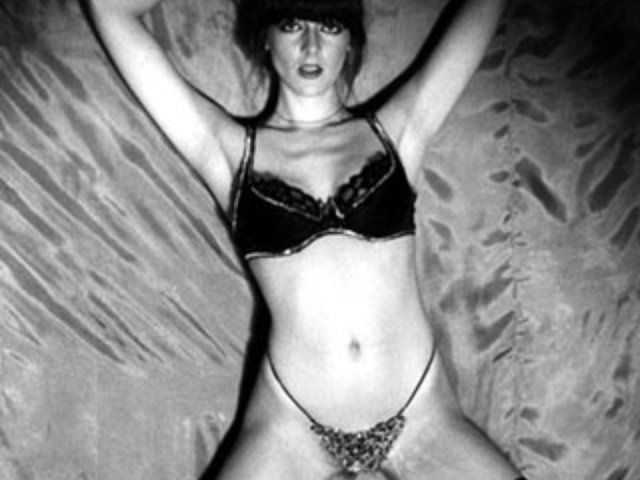 How it was being a sex worker, making noise music, .... and the fake end of Throbbing Gristle....

Thanks to Mich of Huis 23 for the live recordings!

From an article in The Guardian : Book of the day

A performance artist and member of the band Throbbing Gristle, Tutti has spent decades breaking down barriers. This is a fascinating, unfussy memoir
Blunt matter-of-factness … Cosey Fanni Tutti. Photograph: Linda Nylind for the Guardian

It’s taken half a lifetime for Cosey Fanni Tutti to be recognised for her achievements in art, performance and music. Over the years rejection has come from all quarters: from her father, who threw her out of the house in her teens and later cut off all contact; from the police, who drove her out of her home town of Hull and, in London, repeatedly investigated her for indecency (charges were never brought); and, most startlingly, from Genesis P-Orridge, her former lover and fellow member of the art collective COUM Transmissions and the bandThrobbing Gristle, who sought to marginalise her.

Art Sex Music isn’t merely a memoir, then; it’s a chance for Tutti to clear up the misconceptions about her career and reclaim her own narrative – and what an extraordinary narrative it is. This is the tale of a preternaturally creative individual dedicated to challenging and, where possible, breaking down ideological and social barriers, often at enormous personal cost. It’s also about resourcefulness amid astonishing unpleasantness and hardship.

At the centre of it is P-Orridge, a university dropout with a fascination for Aleister Crowley and Charles Manson, whom Tutti met on the late 1960s hippy scene in Hull. Back then she was plain Christine Newby, but P-Orridge rechristened her Cosmosis (it was later shortened to Cosey) and the pair moved into a crumbling, leaky commune known as the Ho Ho Funhouse. Creativity and a rejection of social norms was at the core of their existence, yet Tutti, as one of the few women in the group, was run ragged, taking on office work to bring in money and working on COUM projects while being solely responsible for the cooking, cleaning and washing.

They decamped to London, where their performances went up a gear, taking in live sex, bodily fluids and masses of offal

P-Orridge was, she says, “a charismatic prankster with an intellectual bent and a great line in telling people that they needed to access and be their true selves – while not practising what he preached”, all of which seems a generous assessment given what came later. His behaviour towards Tutti makes for grim reading as he threatens to throw her out when she socialises without him, refuses to use condoms (four months after they meet she has an abortion that leaves her emotionally bereft), insists on an open relationship and encouraged group sex. There are violent outbursts too: when she suggests they separate he tries to strangle her and, in the midst of a fracas when she finally leaves, he runs at her with a knife.

By 1973, COUM had moved from dressing up in glittery costumes and performing surreal “actions” in front of startled families in the city centre to smashing up statues of the Virgin Mary. Harassed by police, skinheads and disapproving neighbours, they decamped to London, where their performances went up a gear, taking in nudity, live sex, bodily fluids and bucketloads of offal.

Tutti had also become interested in pornography and worked in porn movies, and as a stripper and nude model. These solo excursions into the underbelly of London’s sex scene tested her mettle both as an artist and a woman, and made it hard to relate to the feminist campaigners who were trying to shut the industry down. “I was a free spirit and didn’t want yet more rules and guilt thrown at me about my actions,” she explains. “Yes, by doing my sex work I was contributing to, but not necessarily endorsing, the thing they were fighting against. But I was no ‘victim’ of exploitation. I was exploiting the sex industry for my own purposes, to subvert and use them to create my own art.”

All of this – the coercion and abuse, the sex work, the maggoty tampons – is told with a blunt matter-of-factness, as if none of it were anything unusual. The effect is to make it all the more vivid while allowing the reader to take the most outre scenes in their stride. Tutti’s prose is pleasingly unfussy and, though there are confusing moments – not least with the vast number of friends, collaborators and associates who appear and reappear and whom it’s assumed we can recall by their first names – her memory of events that took place over 45 years ago is impressively sharp. She can be darkly funny too, remarking on her dog Tremble’s habit of eating the tampons put aside for her artwork. In the early 80s, having split up with P-Orridge, she relocated to rural Norfolk with her partner, Chris Carter (also of Throbbing Gristle). It’s with winning understatement that she recalls taking their son, Nick, to the local toddler group in the village hall and noting: “I didn’t have a lot in common with the other mothers.”

Though the details of Tutti’s career are consistently fascinating, these glimpses of life outside it are what gives the book its warmth, and provide a much-needed counterbalance to the relentless awfulness of P-Orridge. Her relationship with Carter, which began in the early Throbbing Gristle days and is now in its fourth decade, is touchingly drawn. Similarly heartwarming is the current demand for Tutti, via talks, retrospectives and reunions, and her newly acquired status as elder stateswoman of the avant garde. Forever accustomed to life as an outsider, Tutti has never sought approval, but now it’s here whether she likes it or not.