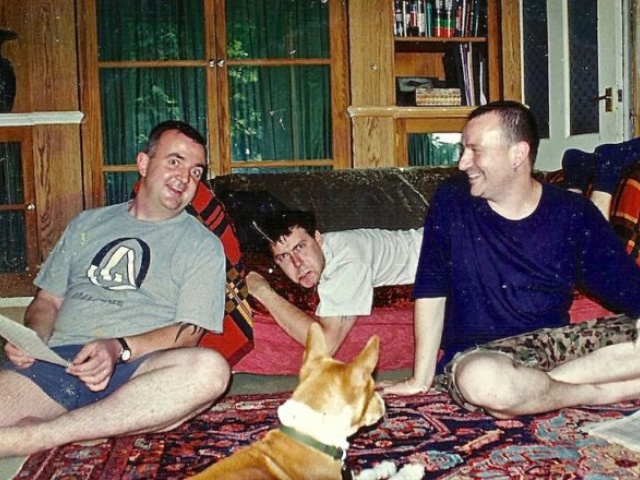 Coil's Drew McDowall is tonight the key figure of the show with an interview and live. Actually he's living in New york.

Coil : Who By The Fire (Horse Rotorvator)

Coil was begun by Geff Rushton (aka John/Jhonn Balance) in 1982. Peter Christopherson (aka Sleazy) joined almost immediately and the two operated together as Coil (and various aliases such as ELpH, Black Light District, and Time Machines) until Geff's passing in 2004. Geff and Peter were the inspiration behind all Coil releases and had the final say on all material that bore the name Coil. The only other people recognized as members on recorded releases were Stephen Thrower, Drew McDowall, William Breeze, and Thighpaulsandra. Compositions have always remained the property of Rushton and Christopherson. Numerous other people have appeared as guests on recordings and on stage while others have been employed as engineers and producers. Nothing was Coil, however, without the final approval by Geff and Peter. Only Peter and Geff had the authority to release as Coil. Since the passing of Peter Christopherson, no authorized recordings have been officially released bearing the name of Coil. None. No "art pressings," no "private releases," and certainly no "newly uncovered remixes."

Drew McDowall met John Balance and Peter Slazy Christophersons through Current 93's David Tibet. He began collaborating with Coil in 1990 and was officially inducted in 1994.

McDowall formed art-punk trio Poems in 1978 with his then-wife, Rose McDowall. McDowall was during 1 tour in the 80's a member of Psychic TV. McDowall performed with Coil regularly for several years, becoming an official member in 1994. McDowall currently is a member of the groups CSD (formerly Captain Sons and Daughters) and Compound Eye (with Tres Warren of Psychic Ills). The notoriously reclusive musician, who resides in New York City, has done a number of public performances for the Modular Synthesizer Solstice and Equinox series in Brooklyn, beginning in 2012. In March 2014, McDowall provided the score to Are You Okay, a short film written by Bret Easton Ellis for the "Are You Okay?" single by Dum Dum Girls.

Actually Drew is playing a lot of solo concerts with a modular analog synthesizer.