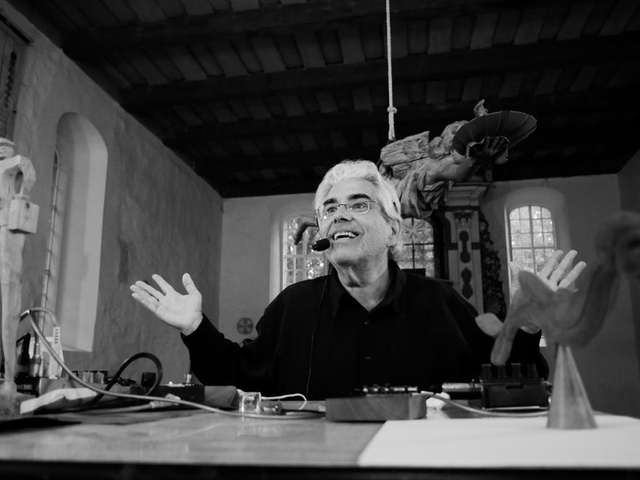 David Moss one of the few artists born in New York itself. At the age of 11, the family moves to Connecticut.Much to the amazement of David and his brothers, they discover there that their father has a drum set.
For the first time, David sees how happy his father is when he plays for his sons. This joy will determine David's decision to become a drummer himself.
Billie Dixon, as a teacher, leaves a great impression on David to think out of the box.

Despite the fact that New York offers interesting opportunities for the realization of idiosyncratic performances, it is not the ideal place to arrive at a stable development of working out a professional artistic career without constantly having to compete.  Berlin and Europe offer David continuous opportunities to further develop his ideas with open-minded people, which leads David to finally settle here.

While the drum set was the main instrument in David's first years, the voice made its appearance around the 1980s and gradually grew to become his main instrument in Europe.
David succeeds in developing his voice in a very individual, creative and unique way that makes it easy to recognize him out of thousands of voices.

In this first part of two with David, we discover his connection to Russia and how drumming makes its way into his life.