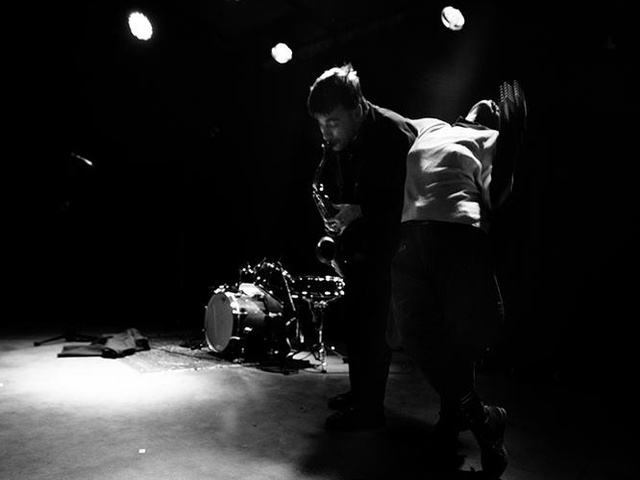 Devin Brahja Waldman is a New York saxophonist, drummer, synthesizer player and composer who leads a group called BRAHJA. Waldman has accompanied his aunt, poet Anne Waldman, since the age of ten. He has performed with Patti Smith, William Parker, Malcolm Mooney (of Can), Thurston Moore, Godspeed! You Black Emperor, Nadah El Shazly and Yoshiko Chuma. Waldman is a member of Heroes Are Gang Leaders (led by poet Thomas Sayers Ellis and saxophonist James Brandon Lewis) as well as  Sam Shalabi’s Land of Kush; he is a co-founder and producer for the Moroccan ensemble Ziad Qoulaii Allstars and the NYC/Philly duo Notable Deaths. As a youngster, Waldman was taken under the wing of pianist Paul Bley. Waldman is a co-producer for Fast Speaking Music —a NYC poetry and music label which has released the works of Amiri Baraka, Meredith Monk, Eileen Myles, CAConrad, Fred Moten, Joanne Kyger and many others.

Notable Deaths : Conditions (self-titled soon to be released by a mysterious entity)