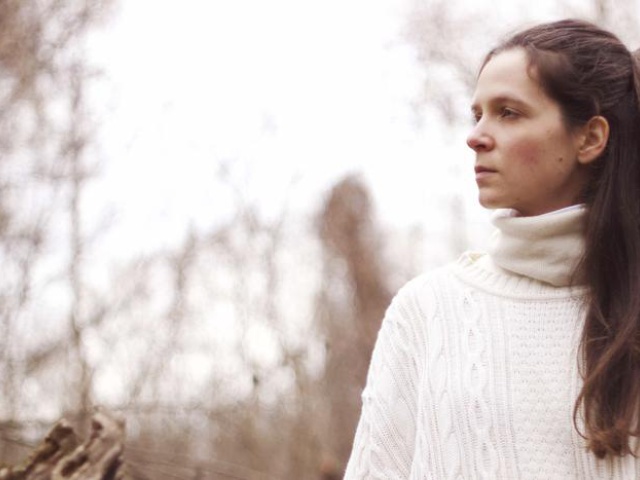 Tonight our guest is the Hungarian sound artist Judit Emese Konopas who will come present her soundwork by playing a live gig and a talk.

Photo made by Polina Georgescu

Judit Emese Konopas got in touch with the meaning of space from an early age as she finished her degrees as an architect. She has gained her experience in various architect and interior design offices in London and in Budapest. She was awarded not only for her architectural, but for her photography works as well.

Her works - which are primarily based on interaction, communication and juxtaposition using various surfaces and textures, - were presented in several exhibitions throughout Europe. She published worldwide, including the field of interior design, architecture, photography and music.

From the beginning of her professional career, she focused on visualization and form of spaces. Her further interests widely spread into different genres such as architecture, art, music, photography and contemporary dance. After a phase of bouncing around them, she experiments on connecting the different fields and emerging them into sound installations​ ​and soundsculptures.

She is a sound researcher, artist and organizer involved in various sonic activities such as the Factory Playground for Picture Budapest and the Revisioning Realism minifestival held in Patyolat Cultural Centre​. She performed her interactive sound installation, Earnest Endeavour in 4DSOUND at Showroom of Contemporary Sound,​ she holds workshops for different universities and artistic venues as well.​