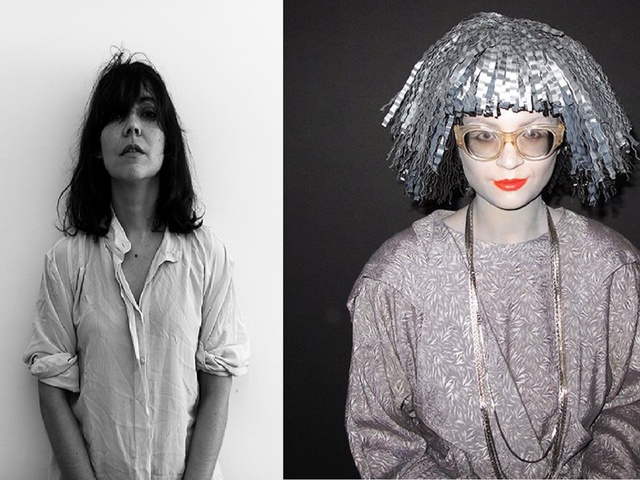 With her surrealist experimentations, Colombian musician Lucrecia Dalt draws from a vast wealth of artistic and philosophical influences:
from New German Cinema and artificial intelligence to the politics of listening and technological ideas of the future.
After working as a civil engineer in Colombia, Lucrecia has since moved from Barcelona to Berlin.
She has released five solo albums, collaborated with musical kindred spirit Julia Holter and worked on podcasts for the online radio of the Museum of Contemporary Art of Barcelona, on sound design installations and performative pieces for institutions such as Reina Sofia Museum and the Maisterravalbuena gallery of Madrid, in collaboration with visual artist Regina de Miguel.

The Russian Mary Ocher has been persistently creating passionate, uncompromising work, raw, thought provoking, socially and creatively pushing against the current, dealing with subjects of authority, identity and conflict.

Her work is as enchanting as it is polarizing, ranging from traditional folk to raw 60s garage, ambient with ethereal vocals and abstract synths, to experimental pop with African and South American rhythms. She has released 4 studio albums on 5 labels in the past 6 years, as well as a double anthology of home recordings, 2 EPs and 2 collections of remixes. Her previous solo release was produced by Canadian Psych Rock&Roll guru King Khan.

The most recent, "The West Against The People" is out on Klangbad, Hans Joachim Irmler's label of Faust. It features solo tracks, as well as tracks with her two drummers Your Government, and elusive legends Die Tödliche Doris andFelix Kubin. It also features an essay elaborating on the themes of the album and analyzing the current sociopolitical climate.

And the three farting girls based in Ghent.