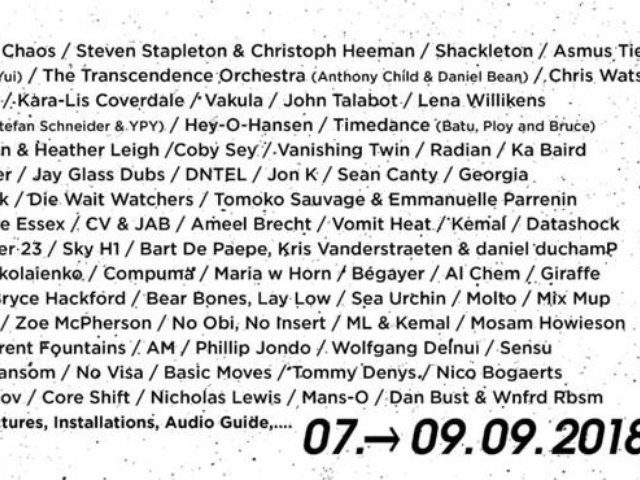 Radian : On Dark Silent Off

The three-day Meakusma Festival, 7 -9 / 9 /2018, will take place across several venues in Eupen, Belgium on the brink of indian summer. Its lineup is now complete, the festival’s motto to put the fringe center stage fully intact. Among the featured artists and performers is Shackleton whose productional work has over the years moved away from the restraints of dubstep, diving into tribalism, dark ambient, industrial and folk music. Legendary sound recordist and former Cabaret Voltaire and Halfer Trio member Chris Watson will be recording in the neighbouring High Fens natural reserve. The prolific Realistic Monk collaboration between Carl Stone and Miki Yui will also perform live, releasing their debut album on the Meakusma label this year as well.

For a full overview of all confirmed performers, it is best to head over to the festival website. Some more artists of note are Marc Hollander, founder of the legendary Crammed Discs record label, Sollmann & Gürtler, the collaborative project of Efdemin and singer and multi-instrumentalist John Gürtler, the infamous Dntel project of Jimmy Tamborello, the CV & JAB collaboration between Christine Vantzou and John Also Bennett, vocalist, musician and DJ Coby Sey and French circuit bending and diluted 4th world pop music band Béyager.

Lena Willikens will be curating her own stage for one day featuring artists from Japan only. On the bill here will be YPY, Compuma, Rie Lambdoll and Kopy as well as Willikens herself.

The Brussels-based concert venue and publishing house Les Ateliers Claus has developed the Claustrum dome consisting of 10.000 recycled plastic bottles. Housing about 50 people, the dome will be set up in the garden of the festival venue. It will feature commissioned compositions as well as concerts and talks.
On a practical note, it is worth mentioning that after the success of last year’s festival newspaper, a new edition is already in the works.