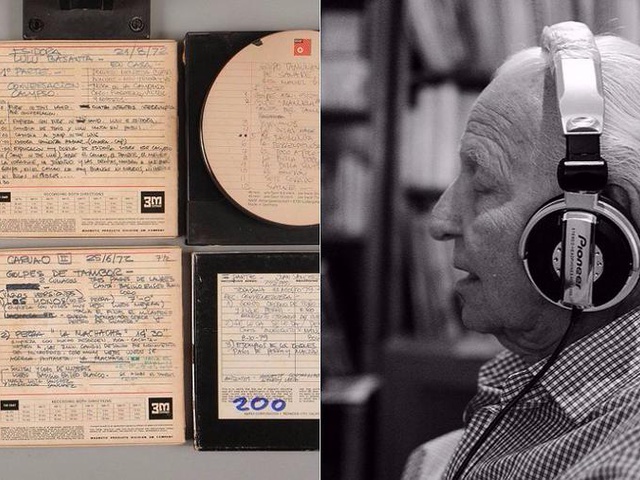 Tonight 2 hours around Oswaldo Lares, field recordings of indigenous Venezualean music from the 70's and 80's, with Guillermo Lares & Stefan Schneider. Guillermo is the son of Oswaldo, Stefan is the founder of the TAL-label.

Oswaldo Lares Soto (b. 1932, Maracaibo) is a Venezuelan architect who graduated from Cornell University (USA) and worked as a professor in Caracas. While studying abroad he realized that all of his friends at the university who were from other Latin American countries had a strong cultural music identity, while he didn’t. Upon his return to Venezuela, he dedicated his life to trying to form this musical identity for his country and on his free time began researching the traditional music culture of Venezuela and the rest of Latin America. Following the steps of the his uncle, Venezuelan poet Juan Liscano, Oswaldo spent decades documenting different forms of musical expression across the country. He

In 1974 he founded a group called Convenezuela, Music and Dance Across Venezuela, with which he participated as a musician and presenter in about 400 concerts, including 14 international tours. Nowadays Oswaldo is still at the head of the group which celebrated its fortieth birthday this year. Among other offerings, his most important is perhaps the donation of all the original audio recordings done between 1969 and 1977, including all of his radio programs, to The National Library in Caracas. In 2002 he started a foundation called Fundalares to begin the activityc of digitizing this material. This exhibition focuses on his recordings which have been digitized up until June 2015.

This work has echoed in many ways through the life of Oswaldo’s son, architect and sound artist Guillermo Lares.

Through all of the inspiring stories his father has told him of encounters with so many wonderful people across the country, a deep desire arose to share these stories and in some way give continuity to his father’s work. Rather than simply allowing the archive to rest in a basement or library, he has set out with his wife and documentary filmmaker Laura Jordan, to give this work a contemporary relevance and to open up new dialogs around the collection for future generations.

Laura and Guillermo wish to deeply thank Oswaldo Lares for his active collaboration in the realization of this project; he has contributed from afar in many different ways and will join us in Berlin for a series of special on- and off-site events. We also wish to sincerely thank Christopher Kline and Sol Calero for their commitment to making this exhibition come true. We hope this is only the beginning of a project determined to keep creating inspiring encounters.

Last, and most importantly, in the words of Oswaldo, “A very special thanks to the musicians, poets and creators, present and absent, honorable representatives of our collective memory, to whom I owe eternal gratitude for allowing me to be the vehicle through which they have generously passed on for posterity their voices, songs and interpretations.”