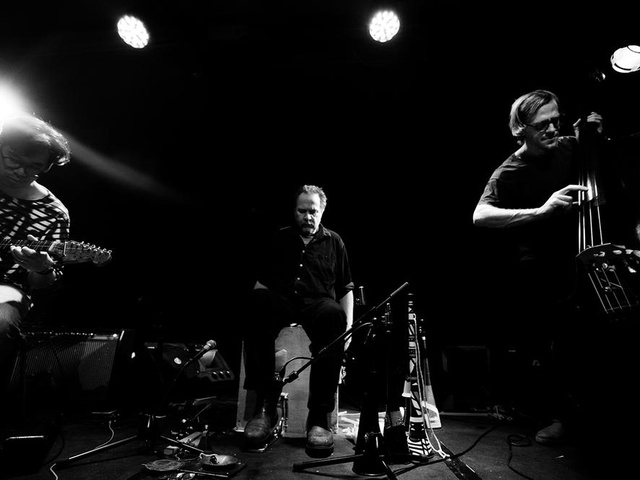 Rick Brown was born in San Francisco, CA and is a clerical worker at a law school in NYC. Che Chen was born in New Haven, CT and works for a cancer diagnostics company in Stony Brook, NY. They met via myspace and started playing together as 75 Dollar Bill approximately eight years later. Brown plays percussion and homemade horns and Chen plays electric guitar. The duo has played regularly and frequently in Brooklyn since late 2012 and has begun making forays out of town, including gigs in Philadelphia, a summer tour of the West Coast and a short New England trip all in late 2014. More extensive touring is planned for 2015, incl. Southern states, Midwest and possibly Europe.

Percussionist Rick Brown has been in bands in NYC since the late 70s, including Blinding Headache, V-Effect and Run On. Guitarist and multi-instrumentalist Che Chen is also a member of the band True Primes and has been an energetic organizer and improviser in the American underground since the mid-2000s. Andrew Lafkas is based in Berlin where he continues to develop solo music and music for large ensembles thru his Model Infinity Orchestra project. He is also a member of Oceans Roar 1,000 Drums, a trio with Todd Capp and Bryan Eubanks.