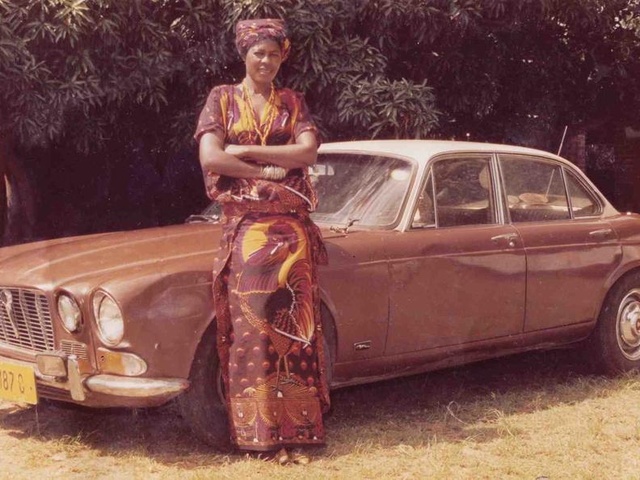 From working as a maid in a colonial household to being the undisputed queen of the Zimbabwean mbira – Stella Chiweshe stands as one of the most enduring and successful women activists in African music, with a plethora of compellingly enchanting music both played and recorded.

For a record company and an artist dealing in tradimodern music, a history dating back to an age when music was still generally distributed on vinyl cannot be a bad thing. Stella Chiweshe and the record company that broke her as a recording artist internationally – Piranha Records – have such a mutual history.

Born in Mujumi Village, Mhondoro, Zimbabwe in 1946, Stella Rambisai Chiweshe Nekati began her career as a singer and playing the mbira dzavadzimu (voice of the ancestors) while making a living as a maid in a colonial household. When she started to play the classic Zimbabwean thumb-piano in the mid-sixties, it was still practically reserved for male players. The mbira is a medium for playing songs handed down from generation to generation for centuries, songs of liberation, spiritual experience and social commentary, songs used for maintaining contact with the spirits of the Shona people.

In traditional Shona culture, people remain a part of the community even after their death. At special ceremonies they are called back by the sounds of the mbira, and possess a person through whom they communicate with the living. When Zimbabwe was still the white settler’s Rhodesia, Stella Chiweshe started to receive underground recognition as a musician and medium at these ceremonies, which were at the time still forbidden. Often, Stella Chiweshe will not even remember what has been sung through her after it happened. For her, the songs come as visions and dreams, sometimes in a language so deep that only few people still know or understand.

With Zimbabwean independence in 1974 came international recognition and a well-deserved and prosperous career. Besides her international performing success and recording career, she has worked for theatre and film. She not only introduced the combination of mbira and marimba into the modern Zimbabwe soundscape, but she is the only woman in her home country who leads her own band, and is in control of her own equipment and transport: an achievement only those who know the horrifying conditions under which female musicians normally work in Africa can understand.