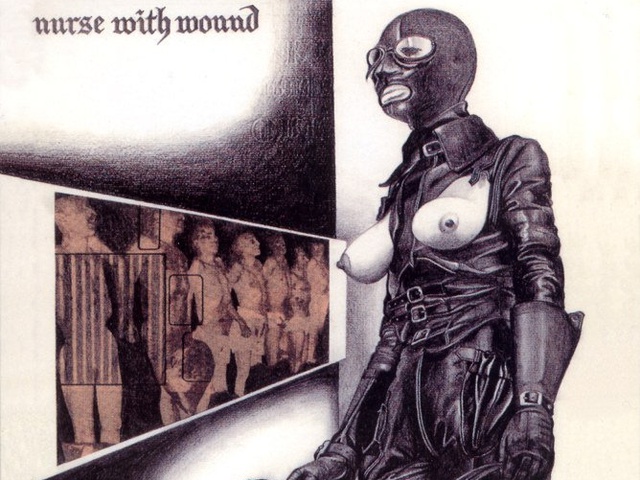 Actually there is the first solo art exhibition of Steven Stapleton at Burren College of Art in Ireland (4/5 till 9/6). As opener of this exhibition Steven did a Sleep Concert from 10 pm till 4 am (and with a repaet until 5:15 pm).

Just before this Sleep Concert Steven has given me some time to do an interview with him.

Nurse With Wound : The Six Buttons of Sex Appeal (Chance Meeting on a Dissecting Table of a Sewing Machine and an Umbrella)

Nurse With Wound : Ostranenie (To the Quiet Man From a Tiny Girl)

Nurse With Wound : You Walrus Hurt The One You Love ( Sylvie & Babs

Nurse With Wound : A Short Dip in the Glory Hole (Brained By Falling Masonry)

Nurse With Wound : A Piece of The Sky Is Missing (Cooloorta Moon)

Nurse With Wound : Head Cold (Large Ladies With Cake In the Oven)