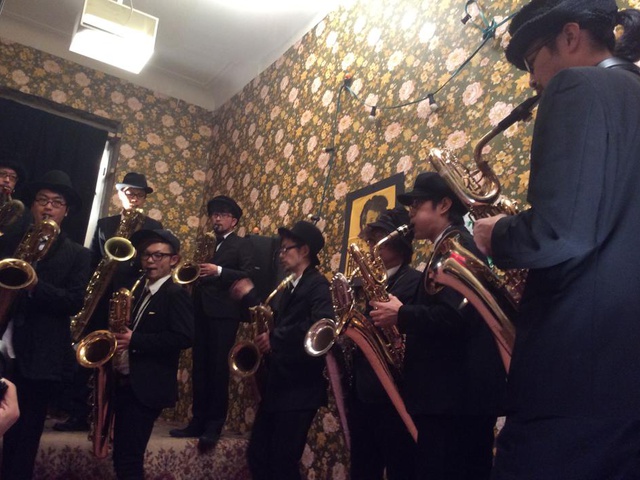 This week we have a live radio session  with 10 baritone-saxophone members of Tokyo Chutei Iki.

During there stay in Brussels we recorded with them this session (24/11).

Many thanks to Bonnefooi for using there space to record this session and to the Café Improvisé and also to Nathalie Vériter for translating during the interview.

They were in Belgium between 23/11 and 25/11. They did 5 concerts, 1 in Ghent and 4 in Brussels, and a radio session for Radio Panik. For this European Tour they were with 10 baritone-saxophone players.