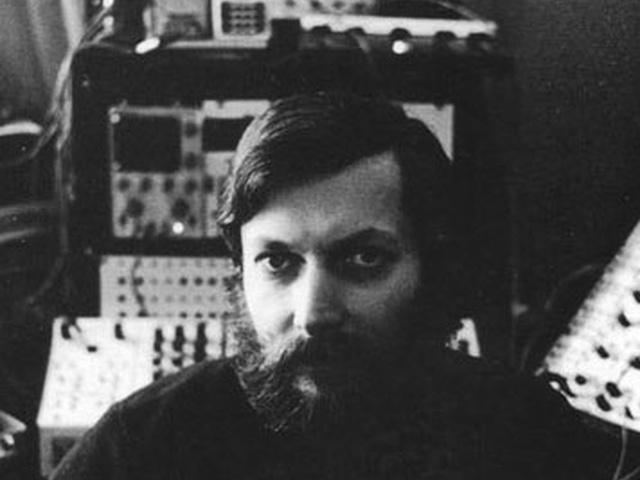 André Stordeur was born in 1941 and started playing Be Bop/Hard Bop with John van Rymenant in the late Fifties, drumming along Coltrane, Eric Dolphy, Nina Simone while working for Pan American World Airwaves and thus travelling the world and being exposed to many shows or cultures, most notably at Village Vanguard New York. He then learnt Tablas/Sitar in India, Percussions in Thailand and throughout those first years moved on playing vibraphone, métallophone and Contemporary Music...
In 1973 he participated to avantgarde music ensemble Studio voor Experimentele Muziek, founded in Antwerp, Flanders, by Joris De Laet. S.E.M.'s associate composers included: Dirk Veulemans, Paul Adriaenssens, Karel Goeyvaerts, Lucien Goethals and Serge Verstockt. In parallel Stordeur founded his own  « Studio Synthèse » in 1973 in Brussels where he was teaching and experimenting, mostly on a Synthi AKS.
In 1979, he collaborated with Paul-Baudouin Michel on an electroacoustic music composition titled «Phraséologie », recorded at the Institut voor Psychoacustica en Elektronische Muziek studio, aka I.P.E.M., which had been the Ghent University electronic music studio since 1962.
The same year, he published a solo recording titled « 18 Days » featuring compositions using an EMS AKS and a modified 8 voice patchable Oberheim SEM1 system.
In the early 80s he started using a Serge synthesizer prototype which was especially built for him by Serge Tcherepnin himself. From 1981 on he was the Serge company consultant for Europe.
In 1981, Stordeur composed the music of Belgian film director Christian Mesnil's documentary « Du Zaïre au Congo ». He studied at IRCAM in 1981 with David Wessel and then flew to the US to study with Morton Subotnick, who was also a familiar figure at IRCAM between 1979 and 1981. Stordeur was an influential sound synthesis teacher and, in 1997, completed his « Art of Analog Modular Synthesis by Voltage Control : a guide to everything modular ».
In 2004, he contributed one track to a Serge synthesizer revival CD titled « Serge Modular Music: Now », published by Egres, California. In 2009, Stordeur appeared on a version of Giacinto Scelsi's Tre Canti Popolari, published by the Sub Rosa label, where he played electronic distortion of live instruments. In 2015 Sub Rosa reissued a triple CD collection of his early works : «Complete Analog And Digital Electronic Works 1978-2000 ».
Our session was kindly assembled by Michael Stordeur, son of the composer and shall pave the way to his label documenting the « lost works » of André...
We are PROUD to offer 2 powerful live recorded 40 years ago , as well as a composition for Tablas & Electronics + a little lullaby to pack it up.