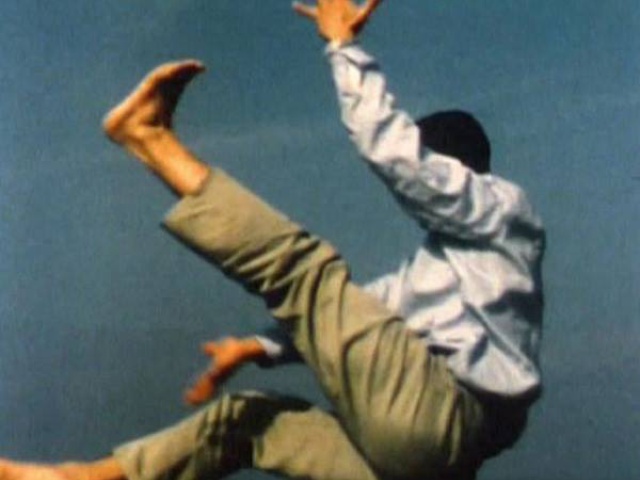 "2015 celebrates the 50th anniversary of Super 8 and so for its second edition, the Âge d’Or festival has chosen to pay homage to the work of the fiercest advocates of this format, too often denigrated and considered ‘amateur’. A format however that has been, and sometimes still is, the terrain of innovative cinematic experiments, full of the constraints that only it can create. And so we propose to discover Saul Levin’s kaleidoscopic visions; Téo Hernandez’ flashes; a selection from Anne Charlotte Robertson’s film diary; Tonino Debernardi’s dreamlike fantasies; and Rose Lowder’s ‘image bouquets’. A varied selection that will give you a (non-exhaustive) overview of different approaches – all singular – to a format that for a long time was the most accessible, the lightest and the cheapest of them all.

Above all, the festival wishes to question cinema in all its diversity, without confining itself to a specific format. And so we also offer a retrospective of films by Warren Sonbert; a tribute to the great documentary filmmaker René Vautier, who passed away recently; the restoration of Adolfas Mekas’s filmed diary, made upon his returning to Lithuania in 1972; or Boris Lehman’s poetic and subjective approach to the Béguinage quarter in Brussels.

In addition, there are 26 recent films, never shown in Brussels, participating in the competition this year – regardless of duration, genre or format. The L’Âge d’Or Prize, worth 5000 euros, will be handed to the director of one of these films.

Finally, this year the festival has again the pleasure of welcoming many guests, including Saul Levine, foreman of the jury; Guy Sherwin, with two performances, including one for children, and many films; Jon Gartenberg who will present the work of Warren Sonbert, as well as Rebecca Baron, Rose Lowder, Tonino Debernardi and Hans Scheugl. Mauricio Hernandez and Michel Nedjar let us discover the films of Téo Hernandez. Moïra Vautier shows her father’s work.

A bold and enthusiastic programme, which hopefully will not fail to surprise us and to arouse the desire to explore the inexhaustible resources of film – more and more.