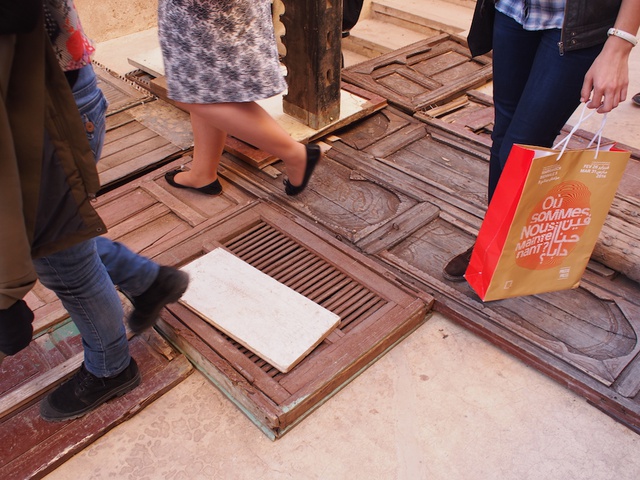 Birds of Marrakech by Radio Papesse

This week show come no where else than form our very own recorders.
It is a non-linear walk recorded during the opening days of the 2014 Marrakech Biennale.


It all started from a terrace during the 2014 Bienniale opening days, then moved into the streets; among the crowd, the tourists, people wandering into new territories, just to find unexpected sounds and stories.
A quest that brought us into a misused theatre, then back to the streets, into the old town, where the ancient and the modern mix.
To hop into a taxi, where the outside noises slowly faded into soundart and migration stories; then back to where history meet the contemporary, in the frequencies of Marrakech cranes, into a lost flock, and the Muezzins’ prayers.
After days of wanderings and getting lost into the Marrakech dedalus, came an unexpected and healing encounter; but then, it is inevitable to end back again into the crowd until, just turning the corner, everything is relaxed and almost silent.
Just time for a mint tea and the birds come back in, so does the music, and the radios and the car horns.
The new birds of Marrkech.

This show only uses raw field recordings, without any effect, and it is an invite to take your time and be taken into thin noises as well as deep drones, different languages and unreadable soundbites.