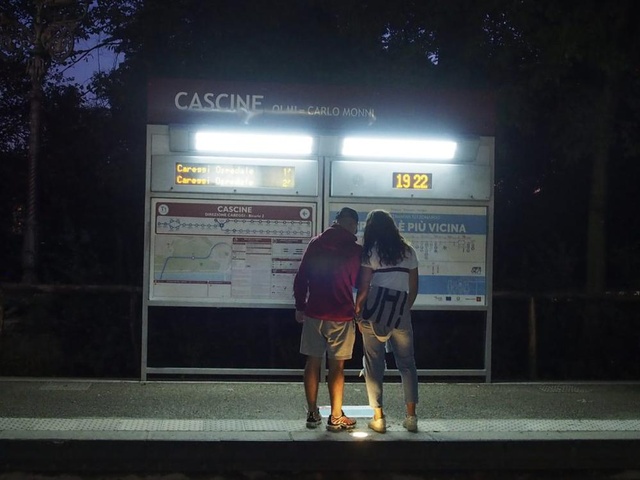 Benjamin. Sounds along the tramway by Radio Papesse :

The early commuters on the florentine tramway are caught off guard by unusual sounds while at the stops and on the rides. Surprise, weirdness and something unexpected in their daily routine make them look at each other and smile, eventually crack a laugh or exchange puzzled remarks.

It is all Benjamin’s fault. A project by Radio Papesse attempting to transform the waiting time into an imaginary journey and to invite people to get out of the bubble of their own personal devices so to find themselves as part of a moving – even if temporary – community.

This RADIA show is a mix of some of the soundworks that were broadcasted through the tramway speakers from October 3rd to the 6th.

The included sounds are:

More than 40 artists took part in Benjamin | sounds along the tramway. To know more about the project and to listen to the selected pieces: radiopapesse.org