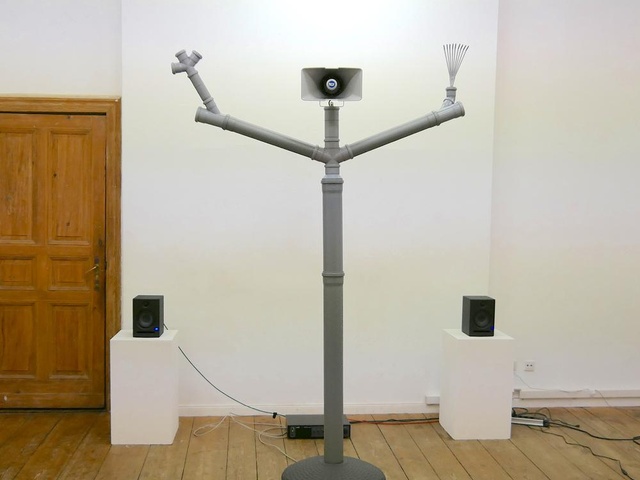 WE ARE ALL ALIKE by Korhan Erel (Reboot.fm) : Korhan Erel's work "We're all alike" created for the group exhibition "Hacktivate Yourself!"curated by Tuçe Erel at 1a Space in Hong Kong in March 2019 revisits and reinterprets "The Hacker Manifesto", an essay written by The Mentor (born Loyd Blankenship) on January 8, 1986.

Korhan Erel made three computer voices spread over two speakers read this essay in parts. In between these parts, they inserted short sound compositions reminiscent of the computer sounds of the era, found-sound collages, snippets from Michel Foucault’s “The Culture of the Self” lectures at Berkeley (1983), and glitched versions of the manifesto in an effort to dig up and shine a new light on one of the first computer-era manifestos. The viewer experiences this sound piece by standing between two speakers pointed at each ear and in front of the printed manifesto.