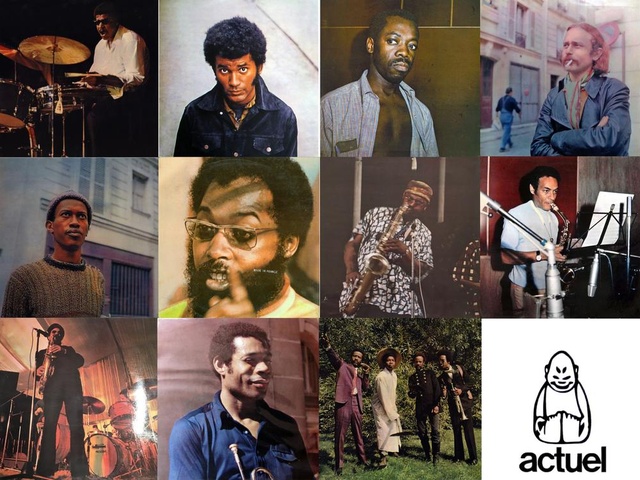 JAZZACTUEL: A special episode to mark the 50th anniversary of the legendary BYG/Actuel -sessions that saw an exodus of African-American avant-garde & free jazz musicians descend on Paris over the summer months of 1969, resulting in one of the most important and prolific recording sessions in (free) jazz history.

“BYG was conceived as a label in March 1967. The operation’s first principals were Jean-Luc Young, Jean Georgakarakos and Fernard Boruso… The trio decided they wanted to have a label which focused on jazz, psychedelic rock and other progressive musics… Early in the summer of 1969 BYG began inviting American musicians to Paris for recording sessions. Don Cherry, Archie Shepp, the Art Ensemble of Chicago and Anthony Braxton, amongst many others, took BYG’s invitation seriously and descended on Paris like an expatriate army. A marathon recording session ensued, at which leaders and sidemen flowed seamlessly between an unending stream of gorgeously powerful music. The influx of players from the Pan-African Festival (Clifford Thornton, Grachan Moncur III, Sunny Murray, Dave Burrell, Alan Silva) at the end of July heated up the scene even more. And in August, Jimmy Lyons and Andrew Cyrille, fresh from gigs at Foundation Maeght with Cecil Taylor got involved. …The BYG/Actuel series is one of the foundations of the free jazz pyramid, along with the ESP-Disk catalogue and the Saturn recordings of Sun Ra. …There’s no denying that the Actuel -series is one of THE great cultural can openers of the post-war era. Pick up any one of the gorgeous Claude Cauldron -designed covers. Take out the record and place it on the box. It will neatly peel the top off your scalp and pour in a steaming load of freedom. And that is a procedure which is above reproach.” Thurston Moore and Byron Coley