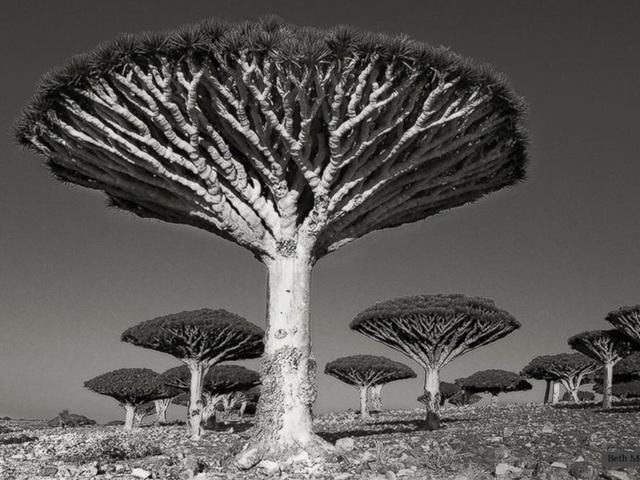 DJ and Radio Producer Antonis Pantazis listens to the trees at night and records a marvelous soundtrack. Although meant to be nocturnal by design, it is bright and uplifting... The best way to enjoy the last summer weeks...

In the belief of the Gond tribe, the lives of humans and trees are closely entwined. Trees contain the cosmos; when night falls, the spirits they nurture glimmer into life.

"Gonds make liquor from the flowers of the Mahua tree. If you take small amounts, and mix it with good herbs, it is a medicine for many ailments. If you drink a little more, it is pleasant. But if you drink too much, your very form can change, and depending on your character, you may become a mouse or a tiger, a pig or pigeon."

"The earth is held in the coils of the snake goddess. And the roots of trees coil around the earth too, holding it in place. If you want to depict the earth, you can show it in the form of a snake. It is the same thing."

"There was a time when people used plain cloth and yarn. Then they discovered that the silkworm weaves wonderful thread, and took it from him to make clothes. Before he is found, the silkworm sits in the threads of his own making on the Bamur tree."

"When Shankar Bhagwan, the creator, made the first man, there was no tree, no leaf on earth. The man said, 'Lord, what will I eat? How will I live?' The creator pulled three hairs from his own body, and from them made three great trees. Then the man said, 'But Lord, there are no fruit on these trees. Three will remain three, and the three must die one day.' Then Shankar Bhagwan took the ash coating his matted hair and sprinkled the trees with it, and they began to flower and fruit. So in the days before we knew how to grow grain, it was trees that filled our stomachs with their fruit."

"Everyone knew that holy spirits live in the Sembar tree. As night falls, its daytime visitors depart - bees, a bird, and two chameleons."