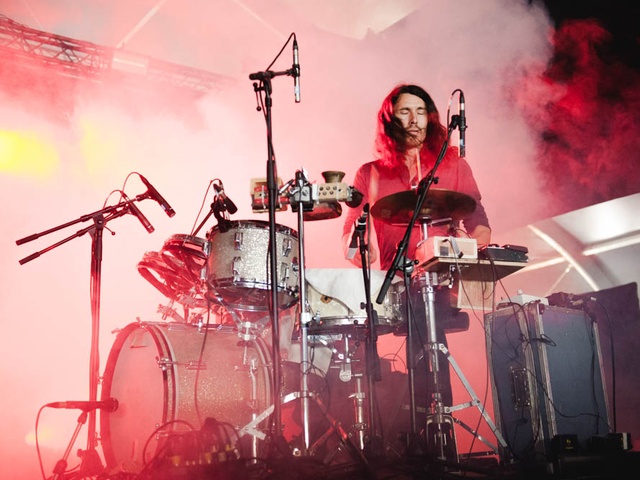 Ghent based drummer Simon Segers has been intrigued by music from as long as he can remember. The record collection of his father was a great artifact to get in touch with all kinds of music, from extreme freejazz to classical to mainstream pop. Where his dad was a great influence to listen, it was his older brother (guitarist Frederik Segers) that made him play the drums. From the early teenage years, they play together in all kinds of projects. These early explorations developed great love for long & profound coöperations.

Around the age of 17 Simon got really intrigued by the raw jazz-rock of the late 60’s and early 70’s. It revealed that energetic rock drumming is combinable with the virtuosity of jazz drumming. The music of Soft Machine, Can, Miles Electric and many others made Simon dig deeper. And at the age of 20 his life consisted mostly studying the drums, taking lessons and playing in bands.

The band and the music it produces is the most important thing to Simon. The last few years he has been active in rock and jazz and improvised formations. The jazztrio De Beren Gieren and the rockband STADT are his personal projects in which he participates the most as a creator of music. He also plays with Dijf Sanders, MDCIII, Sylvie Kreusch, and many more...

Because of his long-term engagements in these differnt groups he develloped his own style. He plays the drums with an enchanting driving force that sounds both repetitive and varied at the same time. The long tension arc prevails, but with surprises in just the right time.

Ghent based drummer Simon Segers has been intrigued by music from as long as he can remember. The record collection …