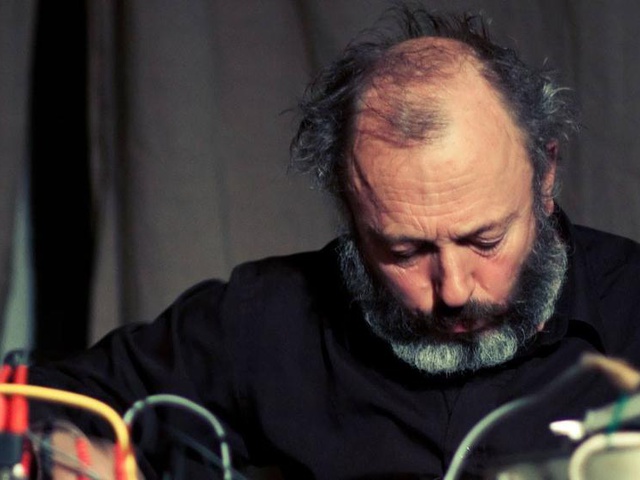 Tonight the 2nd part of two with Philip Jeck. A long talk, live music and more....

Here the podcast of the 1st part : http://www.radiopanik.org/emissions/moacrealsloa/philip-jeck/

Philip Jeck studied visual arts at Dartington College of Arts in the 1970’s and has been creating sound with record-players since the early 80’s. He has worked with many dance and theatre companies and played with muscians/composers such as Jah Wobble, Steve Lacy, Gavin Bryars, Jaki Liebezeit, David Sylvian, Sidsel Endresen and Bernhard Lang.

He has released 11 solo albums, the most recent “Cardinal”, a double vinyl release on Touch. “Suite”,  another vinyl -only release, won a Distinction at The Prix Ars Electronica, and a cassette release on The Tapeworm, “Spool”, playing only bass guitar.  His CD “Sand” (2008) was 2nd in The Wire’s top 50 of the year. His largest work made with Lol Sargent, “Vinyl Requiem” was for 180 record-players, 9 slide-projectors and 2 16mm movie-projectors. It received a Time Out Performance Award. Vinyl Coda I-III, a commission from Bavarian Radio  in 1999 won the Karl Sczuka Foderpreis for Radio Art.

Philip also still works as a visual artist, usually incorporating sound and has shown installations at The Bluecoat, Liverpool, Hayward Gallery, London, The Hamburger Bahnhof Gallery, Berlin, ZKM in Karlsruhe and The Shanghai and Liverpool Bienalles.

He has toured in an Opera North production playing live to the silent movie Pandora’s Box (composed by Hildur Gudnadottir and Johann Johannson).He has also worked again with Gavin Bryars on a composition “Pneuma”  for a ballet choreographed by Carolyn Carlson for The Opera de Bordeaux and has recently made and performed the sound for “The Ballad of Ray & Julie” at the Everyman Theatre, Liverpool.

“Ghostly bricolage, looped drones, surface noise and gossamer rhythmns of pulsating hiss: the Liverpool based turntablist crowned a career with his best album yet of haunted impressionism coaxed from from vinyl offcuts. We said “Philip Jeck has always been good, But “Stoke” makes him great”.(The Wire)

“with each new album, British turntablist Philip Jeck seems to be progressing closer and closer to his own warped conception of a kind of vinyl heaven: a place, perhaps, where forgotten records slowly dissolve into space, leaving only a vapour trail of their music hovering in the atmosphere.” (stylus)

“…The impact Jeck makes with his limited means is hugely, billowingly poignant … it evokes a simultaneous sense of persistence and decay, both a profound sadness and a sense of joy.” (The Wire)

“It’s a heavenly reminder of something – quite honestly f**k knows what – that lies beyond, or within, yet takes someone like Jeck to firmly remind us of that fact, or at least bring it almost within reach. In other words – a truly amazing album.” (Boomkat review of “Cardinal”)