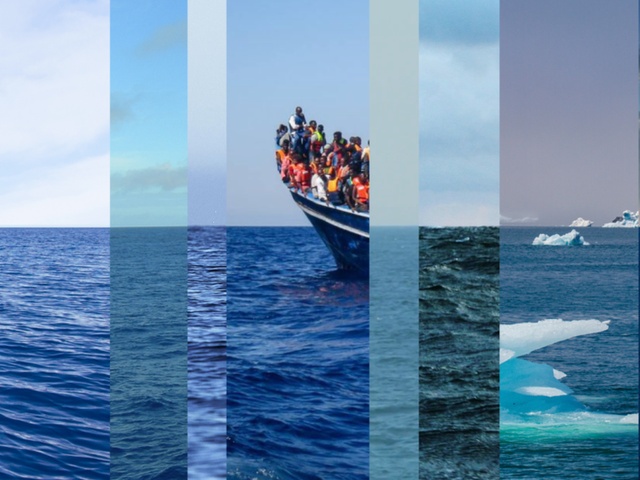 “A matter of water?” was born from the idea of ​​narrating the marine environment, in all its forms and changes on the occasion of the Nuit de la Culture, in Esch sur Alzette – Luxembourg. But can you imagine? Bringing the sea to Luxembourg? The country where the ocean just doesn’t exist except in the memories of those who live here.

I almost immediately realized that most of the images of the marine environment that I own in my mind, just stop at the surface, I never wondered if what is below is really as shown in museums, encyclopedias or scientific magazines that I was reading when I was a teenager. In fact, I had the same doubt that many of us have when we hear about global
warming: “What exactly is going on? Why should we worry? And why should I feel guilty?”

With this feature I tried to give myself some answers, making a small journey through two of the hottest issues related to global warming and the oceans: the climate migrants and the destruction of marine fauna. I gathered some information from those who know more than me about it: media, literature, music and of course… the oceans.