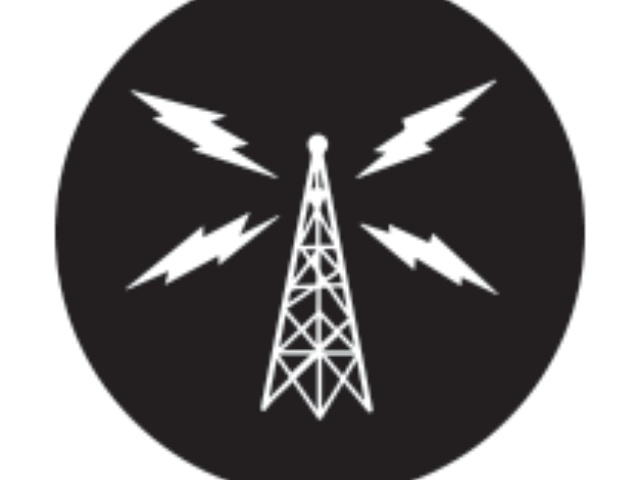 Earlier this year, Radiophrenia - a temporary FM art radio station broadcasting in Glasgow during April 2015, announced an open call for sound and transmission artworks. Over 700 hours of audio were received and L'étranger's proposal was selected to be part of the broadcast schedule.

L'étranger proposed a special exchange: at our normal broadcast hour we will play a one hour selection of Radiophrenia submitted works, whilst at the same hour Radiophrenia will broadcast a redux of our Show 323 - 'Carrageenan plays Twee', which was a live radio "experiment" with a set of found records.

Broadcasting live from our studio at the Centre for Contemporary Arts, Radiophrenia is a temporary FM art radio station - a week-long exploration into current trends in sound and transmission arts. Radiophrenia aims to promote radio as an art form, encouraging experimental approaches to the medium that are not catered for by mainstream stations. The schedule will include live shows and pre-recorded features. The majority of the programme being made up from selections submitted to an international open call for sound and radio works including soundscapes, spoken word, documentary, drama, radio experiments, found sound and some radical new programme ideas. For the full schedule or to listen online visit: www.radiophrenia.scot

Synopsis: This is 20 minute rendition of several phone app dictaphone sounds recorded in 2014.  These are all from the central belt of Scotland with a brief commentary accompanying each.  Quality varies as is inevitable when trying to surreptitiously trying to record events and people but the general theme is a slight comfort in bleakness.  The clips include an argument at a front door in a block of flats, a guy in a pub talking about football violence, two brothers fighting and a finale 8min clip of the end of a night out with swelling sound background.

Biography: Doog Cameron lives and works in Glasgow and has a keen interest in experimental music as well as playing in the more traditional Scottish indie band the Just Joans.  His solo electronic and experimental projects include the Ladywell Lout and Johns Indie Disco.  He is also involved in low budget film making collective 'Theories on Noise' who focus on short films with a heavy emphasis on sound and music.

Synopsis: Her Driving, Plateau Finding is the audio from a performance including voice, drum machine, furniture padding and audio cables.

Lyrics: When she places, invites and chooses. Boxes break. She’s speaking: places, I will never be – I can feel – boxes break.This is what she gives up on / Close. Breaking. Onward To. Close / Backwards. Her Driving. Plateau Finding. Backwards. / Out Of. In Front. Painful Gait. Out Of.

Biography: Cara is an artist living and working in London. She works regularly with her voice, movement, text, music and moving image. Of recent, her practice has been largely collaborative working with artists and musicians such as Paul Abbott, Patrick Staff, France-Lise McGurn and Kimberley O'Neill. She is currently toying with the question: How might we activate the unspent political potential of the 'emotive' power of singing within a queer/feminist framework?

Synopsis: The 'widening gyre’ is an image taken from the first line of W. B. Yeats’s poem ‘The Second Coming’ written in 1919. It is a spiraling form and this plays here with the physical reality of the tape loops used to make this piece, sound feeding back into itself, and as it does so, circling slowly away from its source, metaphor and mechanism become synonymous. This is the first part of a planned trilogy based on the idea of the ‘tape-loop’.

Biography: Leila Peacock, born in Britain and based in Zürich, is a visual artist and writer whose work falls in the space between writing and drawing and finding different ways to ‘embody’ an idea. Her essays have been published in The Bulletin of the Serving Library, The White Review, Camenzind and Kilimanjaro. She has produced radio works for Resonance fm and CKUT in Montreal.

Robin The Fog is a sound artist and radio producer whose work blurs the boundary between documentary, musique concrete, and field recording, both independently and as part of the reel-to-reel tape wrangling duo Howlround. His biggest fear is being swallowed by a python, though being based in London he admits the contingency is a remote one.

Synopsis: The Letter is a spoken-word piece about benefit sanctions in the UK. The work uses the original wording of letters sent out by the Department of Work and Pensions to trace the effect of this bureaucratic language on the lives of people in the UK. By turning the machine-typed messages into spoken text, the piece aims to draw attention to the contrast between the impersonal technical terms and polite phrases of the letters, and the personal impact these have in the everyday lives of people. It also addresses the social stigma that is often involved.

Biography: Annie Higgen is a Glasgow-based poet and sound artist who works across different media and art forms. Her experimental practice aims for an interdisciplinary approach to contemporary art and frequently incorporates forms of political and social activism. In her work, she alternates between more traditional forms of page-based poetic writing, digital media, and sound works. Previously working as a singer-songwriter she gradually moved to poetry and more experimental sound art and finished her MA in Poetic Practice at Royal Holloway in 2014. Annie is particularly interested in exploring concepts of place within social and political frameworks and she has developed audio works, net-based pieces, book works, and performances in relation to a number of sites, primarily in London. Her emotionally charged spoken-word pieces often develop notions of physical and emotional violence and confinement.

Synopsis: The starting point for this work was the desire to explore and exploit the interactions which take place during the specific activity of assembling a complex board game. The final work focuses on sections of a sound recording taken of a small group assembling the board game ‘The Crystal Maze’. These fragments are placed within a music composition which enhances the tension while recalling sonic elements from the programme and suggested by the themes of the game.

Biography: Hazel Smoczynska and Rosie Parsons are Frauhaus. Frauhaus is: a lingering fear of the ghosts of the cold war and the horrors of the 21st century. Haunted walking, lost answer phone messages, future shock, and unfamiliar sounds in in familiar places. Our work encompasses sound, audio-visual and immersive installations.

Synopsis: Bastilles Englan (15'') is a radio work that takes its starting point as radical poet john Clare's imprisonment for 'delusions' in 1837, asylum break out four-and-a-half years later and five day walk home to freedom. The title derives from a letter in which Clare wrote of the asylum he was then in 'I think it is about two years since I was first sent up in this hell and French bastille of English liberty'. The text was published in Sean Burn's third and latest collection of poetry - is that a bruise or a tattoo? - available now from Shearsman press.

Biography: Like John Clare, I too experience voices & visions & made my own psychiatric hospital breakout in 2002 while under section. (i.e. detained under the mental health act) also informing this creative work.