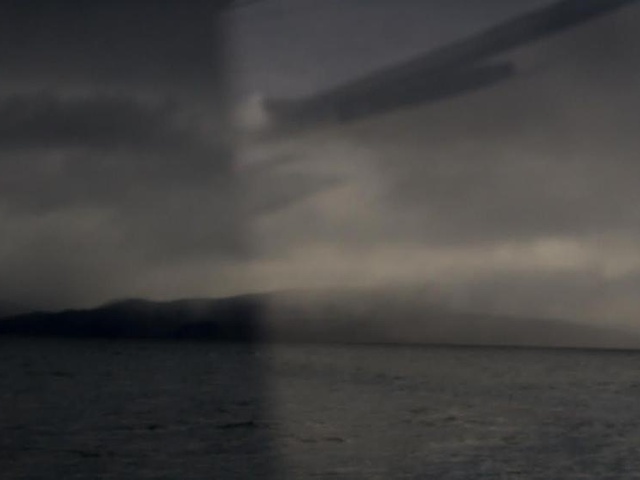 In early 2018, time-based sound and visual artist Edwina Stevens/eves journeyed to the third island of New Zealand, smaller in size than the larger, more populated land masses of the South Island (Te Waipounamu, Te Wahi Pounamu, Te Waka-a-Māui, Te Waka o Aoraki), and the North Island (Te Ika-a-Māui). Alighting by boat on Stewart Island (Rakiura, Te Punga o Te Waka-a-Māui) she created the recordings that comprise “Lands End – Rakiura/Ulva Island,” a sonic meditation on remoteness, utopia and exile, in which the restless, ever-fluxing borderline of the sea and the land, where the trailing songs of rare New Zealand birds fall from the air in the warmth of day like bright, startling lost talismans, meet ways of wandering that invisibly mark the bush, and both listener and artist alike find the value of getting lost in order to renew the ability to listen, to be attentive, to be simple. A document of a place in time, it is also a gentle reflection on the island mythos which New Zealand settler culture holds to itself, in which we are always seeking the elsewhere, but are simultaneously conscious of the special status of the isolated, isolating nature of our ground as geography and topography. “Lands End – Rakiura/Ulva Island” listens carefully to the immediacy of the bounded space of the island, the forest path, the communities of birds, the density of foliage, as well as further to the distance, island hopping in the New Zealand imagination via the ever-elsewhere of communications and recording technologies, to other real and imagined worlds, distant yet immediate through the ever-present sounds of the sea.
++++

Ngā manu are the connection to the gods, as they cross the space between the worlds.
“Tall Beech and creaking Totara, lank Rimu swaying. Young Miro, Horoeka lancing upwards among the other saplings. Kaka grapple upside down, mouthing the vines with their beaks. The sound of the ancient fallen Rātā rotting back into the earth is deafening, reclaimed by grubs and Punga, the Kapuka and Kamahi stowing Pīwakawaka, Miromiro, Weka. Spatial awareness shifts along with call and response, awareness held close and thrown out on a line drawn in again, points begin to connect. The expanding acoustic field of the forest forms, Ngā manu calls from their positions handover to the naturally occurring echo and reverb. Source and surface respond to one another in vibrating air between Totara and Miro, moss dampening, each listening Kapuka leaf. Eyes search the sound field, a mental map drawn of sonic reference induces out of body navigation. The white noise of the ocean pushes out further, pushing an outline momentarily out past the shoreline and shrinks back. Calls of here-ghosts and now-spirits, they know where you are; ruminating phantoms regard you. Feathered tongues at sugary black mould. You, Visitor. Time-traveller…”

++++
Edwina Stevens is an audiovisual artist, performer and writer/researcher. Born in Dunedin, New Zealand and currently living in Melbourne, her work investigates how the human experience of time may be captured, transformed and retold through audio visual composition. Her work could also be described as environmental, in that where one finds oneself at any particular moment; where a slowing of time and shifting of pace might be found, and held up to the listener or viewer; a reminder or a meditation on what is right in front of us.
Edwina has worked under the moniker of ‘eves’ since 2011, during which time eves has exhibited visual and sound works in New Zealand and Australia (FFFFFF, Eves); played live in collaborative and self-structured events and tours (Eves, Ladyz In Noys Australia, Sisters Akousmatica 2016, Nowhere Festival Auckland 2014, Make It Up Club Melbourne), recorded and released 3 albums (eves.bandcamp.com) and was nominated for The Age Music Victoria Awards/Best Experimental-Avant Garde Act for 2015. Also upon travelling for work or other reasons, several projects have presented themselves in response to her surroundings (Guangzhou/Mexico/Fiji/New Zealand). Edwina has also established, operated and curated within two project spaces within New Zealand, None Gallery (Dunedin, 2006-2012) and Rice and Beans (Dunedin, 2011-2012). The two spaces frequently exhibited and hosted artists locally and internationally as a no-cost, open space for experimental artists and their practices.
http://www.disrhythms.net