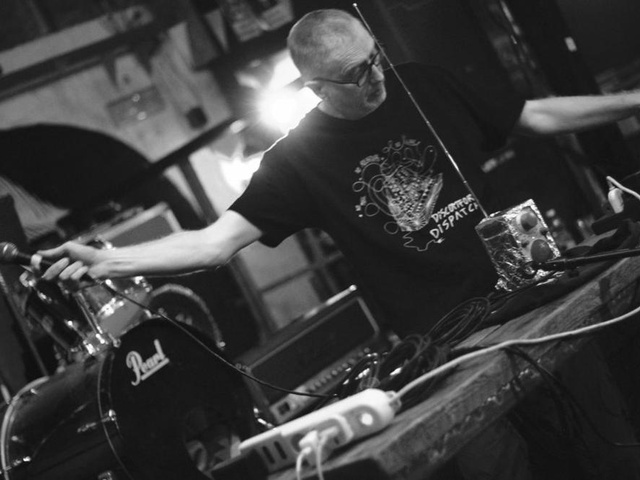 Kevlar is an aramidic heat-resistant and strong synthetic fiber. Developed by Stephanie Kwolek at DuPont in 1965, this high-strength material was used first commercially in the early 1970s as a replacement for steel in racing tires.

Kevlar is not a composition but a process of “polarized” total improvisation, a sound performance where the model of kevlar allows a series of synthetic fibres and pulsations to born: a regular alternation between continuous distended textures and unrelenting rhythms. Kevlar has a structure that is constantly moving and iridescent, also thanks to the use of an analog radio device without presets.

By deriving from a series of collaborations with the Italian coreographer Simona Bertozzi, the project is the last step of a path that moves from the dance universe to a completely musical expressive autonomy.

Composer and performer of electronic music. He has collaborated with Luciano Berio and other relevant composers, musicians, choreographers and directors besides orchestras and ensembles from Italy and abroad. He has lead the live electronics staff of Tempo Reale in theatres and festivals all over the world. His works are regularly performed all over the world in festivals and concerts while his music is selected for and awarded by italian and foreign festivals. In the last five years he has started new creative projects for the investigation of the relations between electroacoustic music and improvisation, conducting collective music performances in Florence, Bologna, Bremen, Bruxelles, Manchester. He is professor of Electroacoustic Music Composition at the Music Conservatory in Bologna and director of Tempo Reale in Florence.

USMARADIO is a workplace of The School of Radio to develop an innovative radio pedagogy. Workshops, work sessions, meetings, presentations of live performance as sections of the project.
usmaradio.org

The Desire Of My Heart by Manja Ristić (RadioZero)