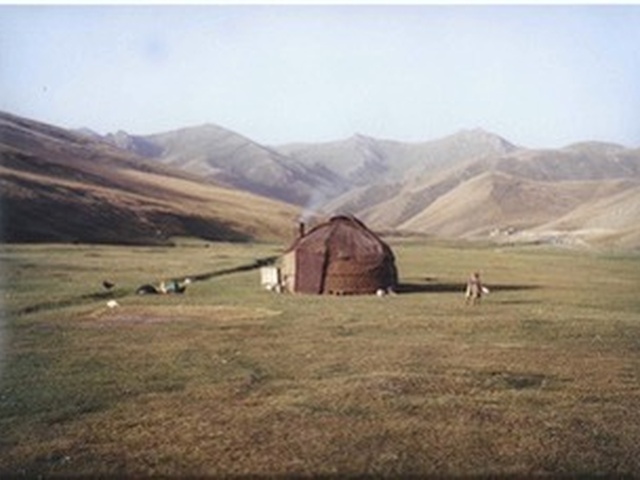 In 2002 I made a trip on an extended Silk Road path . Getting stuck on the Kirgizistan/Chinese border closed for one week by Chinese authorities after trouble in Xinjiang province , I decide to reach some half-nomadic sheepers family living beside one of the first jail built for the Silk Road , Tach Rabat. They pass summer in their yurts in the heights of the country , among others things preparing the felt of their yurts . Here is a sound extract of that mixed with an improvise basket game with the childrens . On the photos you can see the bathroom and a Yurt , or the childs and a horse from the sheepers .

I enter the sound world in 81 with Terroristes Genetiques ,  probably the first radio show broacasting all kind of noise music . Following was my participation to ODD SIZE , Parisian Label who open a Records store later , and was certainly one of the most creative Label of the end of the eighties . And to finish i create Tiger Gong label to help my friend KINK GONG the first ethnomusicologist specialised in minorities music from the ZOMIA area . All of this time i work in different radios for living and traveling for pleasure . This recording was made during an 18 month trip in 2002/2003 by the road from Paris to Hong Kong .