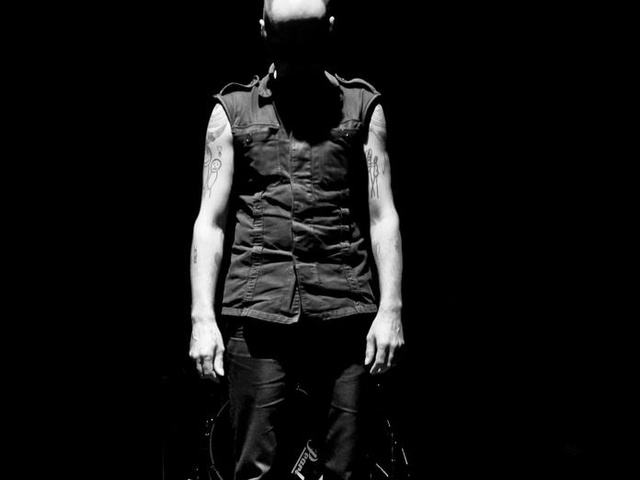 After 25 years of extensive solo works and collaborations, Sudden Infant will be permanently operating as a three-piece band. The band consists of Christian Weber on bass, Alexandre Babel manning the drums and Joke Lanz on electronics and vocals. The decision behind this transformation was reached at the conclusion of the recordings for the trio's first album, Wölfli's Nightmare, which was released in May 2014 on Voodoo Rhythm Records and is produced by Roli Mosimann (ex Swans).

JOKE LANZ
Born 1965 in Basel, Switzerland. Currently based in Berlin.

Joke Lanz is one of the most prolific and profound artists working in the border zones where performance and body art meet Improvisation and Noise.
In his Sudden Infant guise, Lanz creates a unique blend of physical sound poetry and epileptic noise bursts, using contact microphones, loops, tapes etc.
The result is an extreme form of musique concrète that juxtaposes spasmodic gibbering with a battery of disorienting electronics.