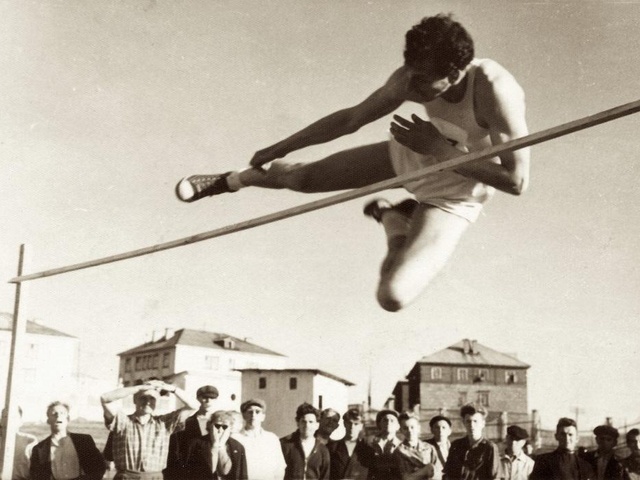 Leo Feigin was born in 1938 at Saint-Petersburg. Became a professional high jumper and received a Master of Sport of the USSR. He left the USSR to settle him in London after a stay of 8 months in Israel. Started as a Russian translater for the BBC, where Leo quick was given the opportunity to begin with a jazz programma under the moniker Aleksei Leonidov. For 26 years he did this until he retired.

In 1979 he started his own recorded label LEO Records.It can be described as follows : " Music for the Inquiring Mind and the Passionate Heart: Leo Records is a small independent company producing highly original, innovative, improvisation-based new music; music that refuses to be submitted to the market forces, that goes against the grain of current wisdoms; music that asks questions, provokes debate, generates ideas. This is music that matters. Although the catalogue of Leo Records includes composers and musicians from all over the world, the origin of the musicians is not so important. What matters is the originality of the music."

Russian Jazz New Identity was a book he wrote in 1984. In a very valuable way it gives an introduction to the very creative innovative Russian "New Music" scene. On his label you'll find a decent selection of them.

Sergey Kuryokhin : A Combination Of Power And Passion (Blue Rondo A La Russ - A Tribute To Dave Brubeck) ‎(Some Combinations Of Fingers And Passion - Leo Records - 1991)

Dennis Tyfus is a visual artist and publisher of music/sound/art books/etc via Ultra Eczema. He hosts a radio show at Radio Centraal, while living and ...