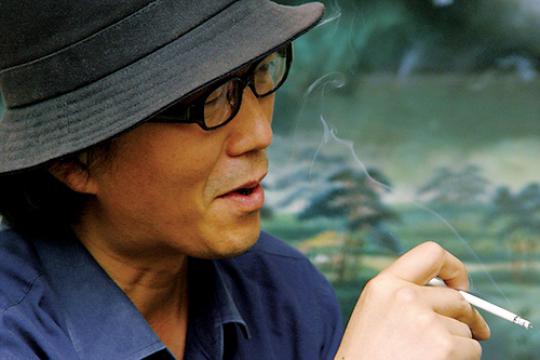 Kim Doo Soo (KOR) is the deepest and most introspective of Korea's acid folk singers with songs telling tales of political oppression, alcoholism, suicide, and a ten-year period of mountain seclusion. Here was an entirely unknown voice and a poetic sensibility that is tender, richly melodic, agonizingly soulful, and undeniably human. Kim Doo Soo has been active since the 80s and his first record ‘A Long Way‘ was released in 1986 on the Korean label Seorabul Record. He first came to the attention of the west via Damon & Naomi's International Sad Hits compilation in 2006. He has also released records via Japanese label PSF and the UK’s Blackest Rainbow.

Onda was born in Japan and resides in New York. He is particularly known for his “Cassette Memories” — works compiled from a “sound diary” of field-recordings collected by using the cassette Walkman over a span of last three decades. He creates compositions, performances, and visual artworks from those sound memories.

FUJI YUKI (jap) is a Japanese female vocalist as know as member of the ethereal drone pop duo "Sarry". She is influenced by ancient music, Buddhist ritual music, Krautrock, Progressive rock, Noise music and abstract experimental music. Vocal style is including a little unusual singing approach - minimal  phrase repetition, voice drone, etc. Her voice works as one of a great instruments. Many kinds of home and abroad artists have expected and played with her original abstract sounds.