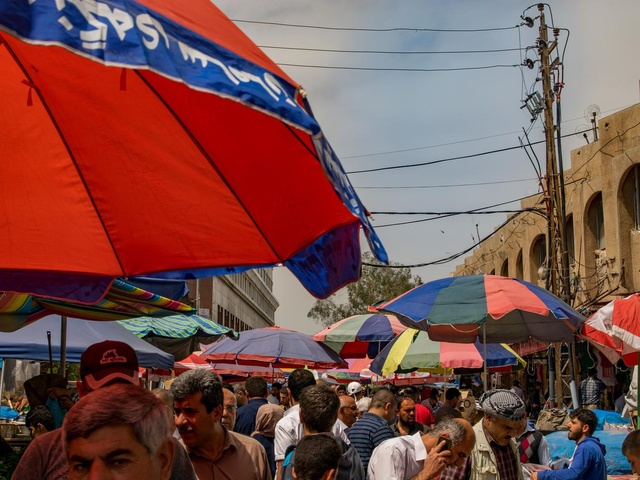 A story told through a collection of sonic moments captured travelling around a country without a country.

Kurdistan is a vast plateau of northern and northeastern Mesopotamia. Iraqi Kurdistan refers to the four provinces of northern Iraq that are autonomous from the central government and governed by the KRG. These provinces reached independence after the revolts in 1991 and their autonomy is now officially honored by the establishment of federal Iraq after the fall of the Saddam Hussein regime in 2003. Travelling around this land with a complex history, is an intense dive into many different cultures living together in peace and I am congregating the feelings I got through those experiences in a unique story told through moving sounds and still images. Despite the harsh stories I heard from the people I've met, I don't want to output a compassion story, but a story of present vitality and a self exploring research into what could be mine and everyone else's historical roots. The work focusses on being part of that environment, with those people, in that weather. It's about being alive against someone else's will to have you annihilated.

In order to show a more comprehensive story, there is a need for an immersive setup, where a number of loudspeakers are set up in the three dimensional space and the pictures on the walls are creating a 4th dimension. The audience will be free to move around creating their own personal experiences, both inside the speakers range and outside. For the ones who will experience the show again, will have the chance to have a completely different point of view.

further inspiration
Bella ciao – Italian folk song adopted as an anthem of the anti-fascist resistance, adapted in kurdish and sung as hymn to the fight for freedom.

An award-winning director with several documentaries under my belt and 150+ credits as a Sound Engineer and Sound Designer in film, TV and live events, I believe I’m particularly suited to telling this story. The more I travelled, the more I found connections with my Italian background and its expanded mediterranean culture. As an artist my background merge with the Kurdish fighters culture. I spent most of my youth in my grandparents' town, Piancaldoli, a village in the central Italy mountains, on the infamous WWII Gothic Line, where tracks of the big battles could be still seen, both in the geography of the area and in the people temper. Oral stories about that war and the previous war, about fighters and partisans hiding in the mountains in the effort to save the country from a destroying dictatorship, it's incredibly similar to the one I've been told about the Kurdish Peshmerga fighters.