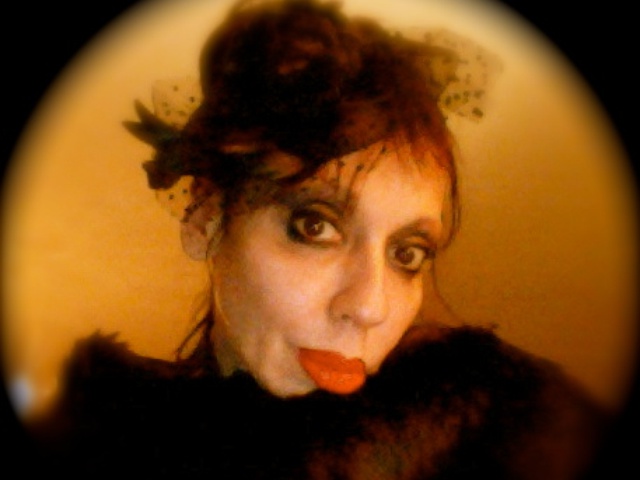 1ste episode of 2 with an interview and music of Little Annie.The interview was done at the Pumpenhaus Theater, Münster, Germany, 2016-05-22

Nurse With Wound : Thickling That Great Pudarkus In the Sky

Little Annie-aka Annie Anxiety-aka Annie Bandez, who survived her teenage angst and matured into a smokey contralto, has been "real" ever since. She is an adventuress, chanteuse/lyricist, ordained minister, high school drop out, juvenile delinguint, self taught painter, and multi-media artist and post modern cabaret queen with a long, illustrious and eclectic recording career who had defied catagorization, limitation, restrictions and sometimes the law.

Her solo LPs and numerous collaborations (with Wolfgang Press, Crass, the ON-U Sounds stable, Paul Oakenfold, Kid Congo Powers, Current 93, Nurse with Wound, the late Bim Sherman, Coil, Fini Tribe, Collapsed Lung, Christophe Heeman, and many fine others) span the spectrum from reggae & hip hop to torch and the avant garde. She has written three volumes of prose, appeared in numerous plays, theater pieces, and films, and continues to tour extensively with pianist and co-composer Paul Wallfisch of Botanica.

Frank Zappa in his 1980 interview with Songwriter magazine said of Little Annie "But when I go to a place like Max's Kansas City in New York and see a group like Annie and the Asexuals, I can really enjoy it. I don't know if that band will ever get a record contract and I don't think they care. I watched them for an hour, painful as it was - their show was real personal and disorganized. This girl was wearing winter underwear with a black leather coat on top of that, and she had a paper bag with a bottle of vodka in it, and she was backed up by five guys who had just bought their instruments, apparently. She was screaming about thorazine and being in a mental hospital and it was real ! You don't get that commitment to just spewing your guts out among L.A. groups."