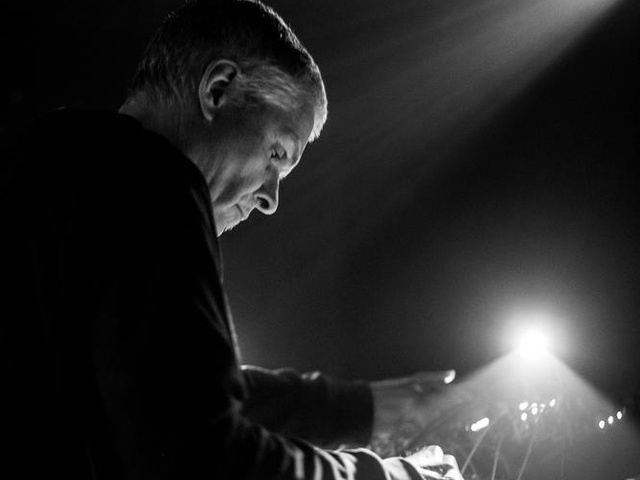 with Detlef Funder a.k.a. Konrad Kraft

Exploring and creating electronic sounds, is Detlef Funder´s, aka Konrad Kraft´s, main motivation.
His passion: the endless possible variants created through electronic sound syntheses. Using modern electronic modular synthesizers, he amalgamates analogue and digital sounds into complex sound conglomerates and textures.
Influenced by Musique Concrète and Berlin school, as well as Punk and Industrial music, his musical journey begins at the end of the 70ts, with semi-modular synthesizer systems. He published his first pieces on tape and as a co-founder of SDV-Tonträger, a label established 88 in Düsseldorf, he was responsible for several productions (Paul Schütze, TUU, Mynox Lay and others).
During the early 90ts, he worked as a producer of techno and trance music and published his work on a number of labels. Some of his projects, such as D-Fundation or Four Carry Nuts, lead to live acts around the world.
Between 1999 and 2007, he co-founded the 4cn-Tonstudios and concentrated on mastering work. Afterwards, he refocused on experimental electronic music.
At the same time, he studied art and worked on the visualisation of sounds. Even in his work as an artist, the structural abstracts of his music are incorporated in a subtle way.
Throughout his life, he returned to his real passion, experimental electronic music.
He established Paraschall Studio in 2017, where he now works as a mastering engineer for a number of labels and musicians.
Konrad Kraft´s work is published on a number of labels, Elektrosmog (ffm), aufabwegen (Köln, Germany) und Talmusic (Düsseldorf, Germany).